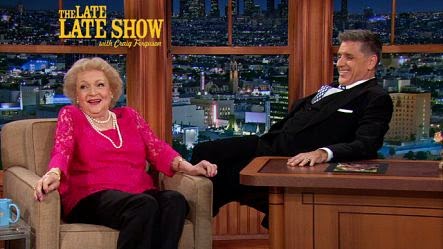 Houdini made The Late Late Show with Craig Ferguson last night on his 140th birthday (Houdini's birthday, not Ferguson's). Not only was Houdini the topic of Craig's monologue, but later in the show guest Betty White talked about her "relationship" with the escape king. Of course, it was all in good fun and both Ferguson and White got off some pretty funny Houdini-related jokes (and one great Copperfield zinger).