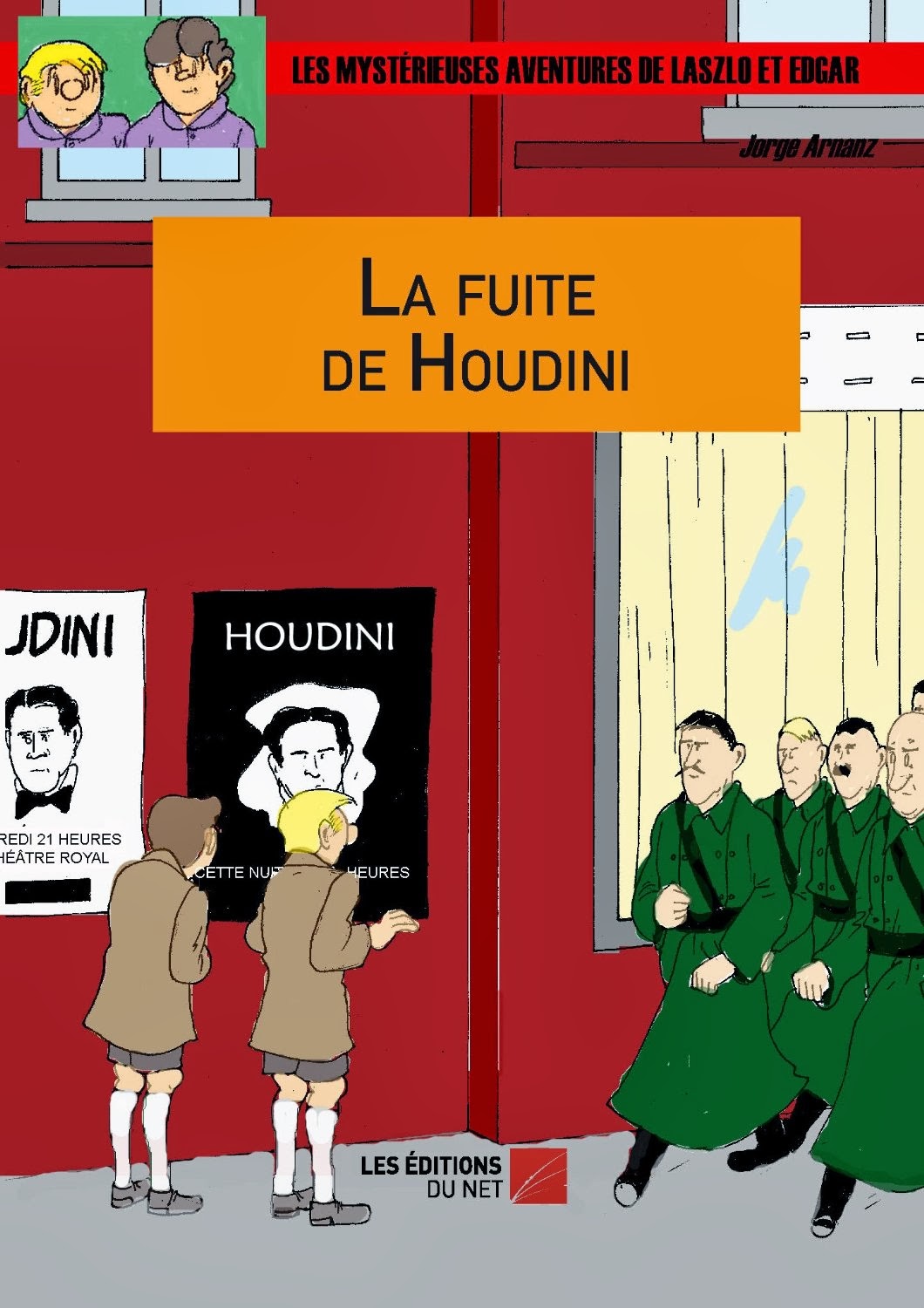 Houdini may or may not appear in this recently released French graphic novel, La Fuite de Houdini by Jorge Arnanz. I couldn't find a good plot description, but it has Houdini in the title and we see posters for him on the cover, so...here we go.

La Fuite de Houdini is released by Les Editions du Net and appears be part of a series of adventures featuring "Laszlo and Edgar." The title translate as "Houdini Escape."

You can purchase La Fuite de Houdini at the French Amazon.fr. It's listed but currently unavalible at Amazon.co.uk.
Written by John Cox at 3:16 PM