Houdini and Conan Doyle get spooked

Heads up for some new Houdini fiction. The Adventure of the Spook House by C. Michael Forsyth finds Houdini and Sir Arthur Conan Doyle among the spirits. The official release date for the book is Houdini's birthday (March 24), but it looks like Amazon has the book in stock now. Here's a synopsis: 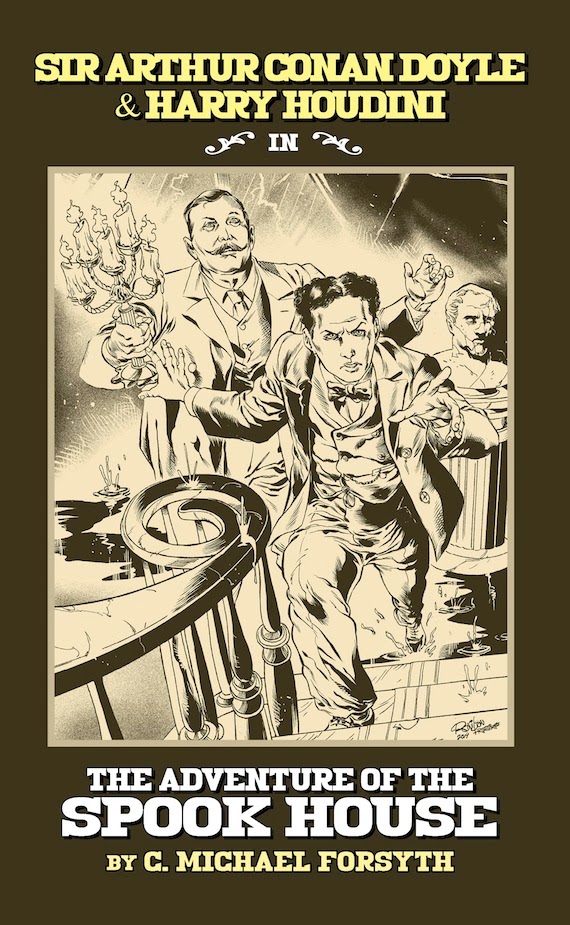 The year is 1922. A respected judge inexplicably vanishes in a decrepit mansion and two of the world’s most remarkable men are summoned to investigate: Sir Arthur Conan Doyle, creator of Sherlock Holmes, and Harry Houdini, the world’s greatest escape artist.

Aided by a beautiful young psychic, the unlikely partners probe a mystery that becomes murkier and more perilous at every turn and brings them face to face with evil incarnate. To solve the riddle of The Spook House—and to survive its dangers—they must call upon all of their extraordinary mental and physical powers. The story draws upon the real-life friendship of Conan Doyle and Houdini, two vastly different men brought together by their fascination with the paranormal.


You can buy Sir Arthur Conan Doyle & Harry Houdini in The Adventure of the Spook House from Amazon.com (U.S.) and Amazon.co.uk (UK).
Written by John Cox at 1:53 PM