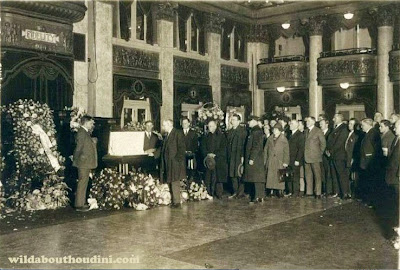 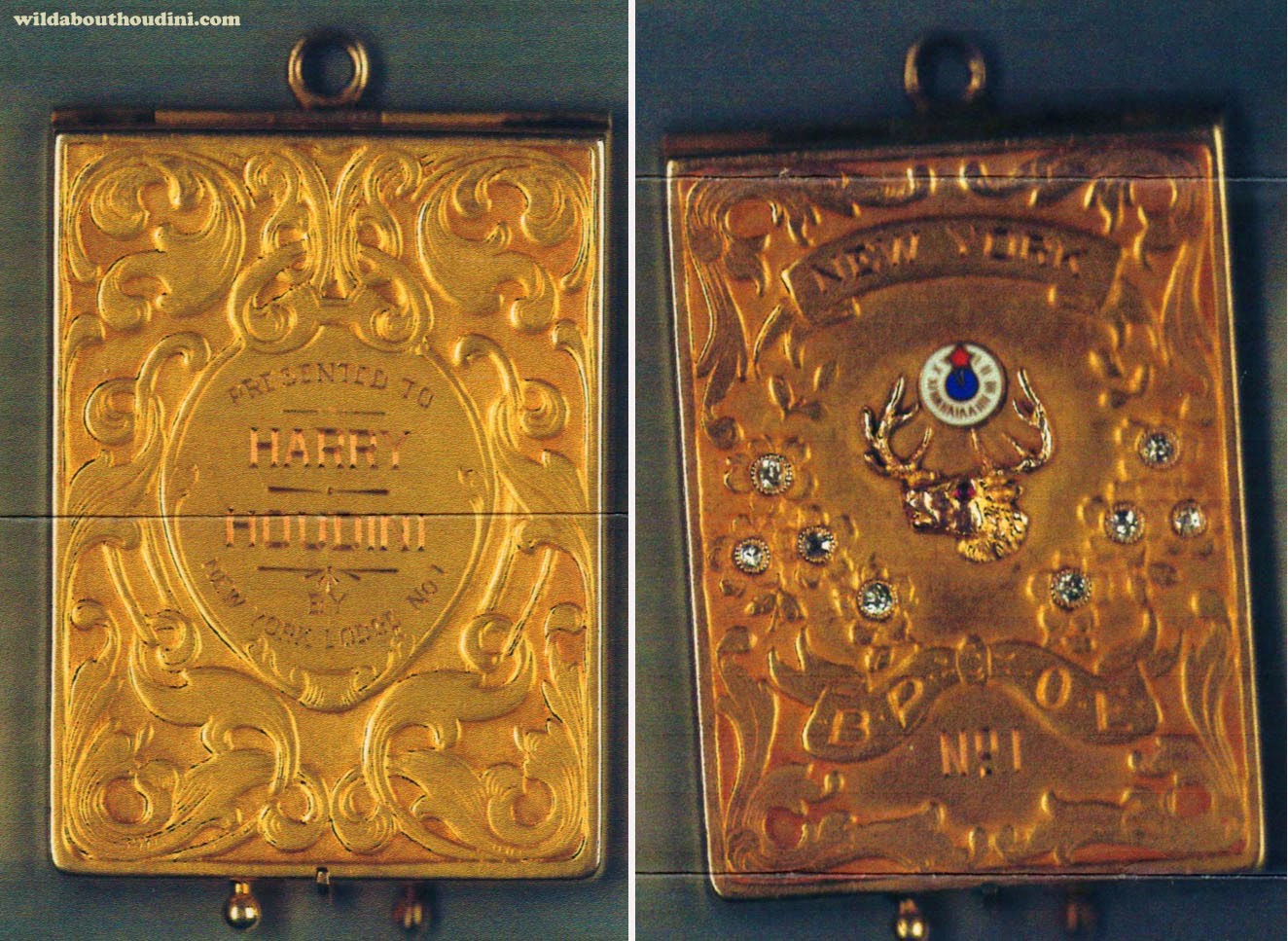 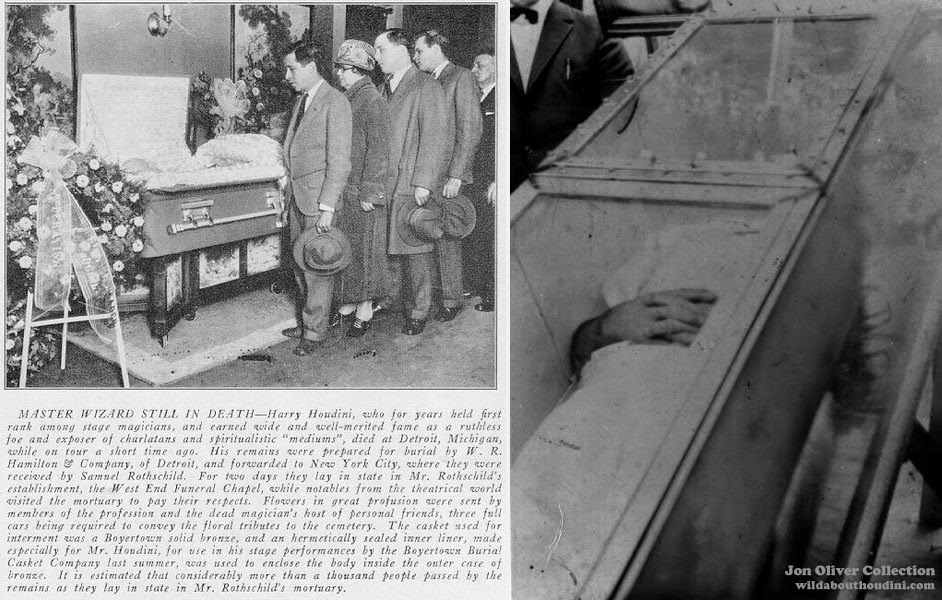 UPDATE: You can see the uncovered casket as it was lowered into the ground HERE. There's also a reference to this Elks Card Case in a letter from Kit Clarke to Houdini dated May 14, 1918. Clarke writes: "That was very nice of the Elks to present you with a diamond studded case for your card."