Two exceptional original Houdini press photos sold on eBay today. This first one shows Houdini performing his suspended straitjacket escape from the Los Angeles Examiner Building on April 4, 1923 (more about that escape here). It was issued by Pacific & Atlantic and is a photo I've not seen before. It sold for $357.52. 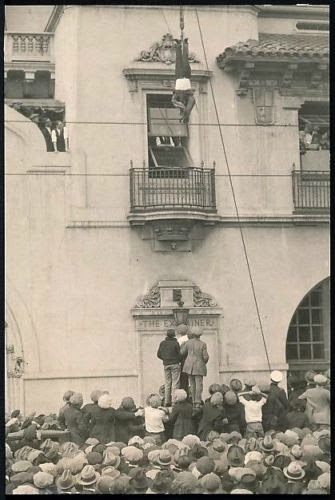 The other is a terrific shot of Houdini facing a buzz saw (part of what I call the "Extreme Houdini" series). This came from the collection of the Minneapolis Tribune. It sold for $281.99. 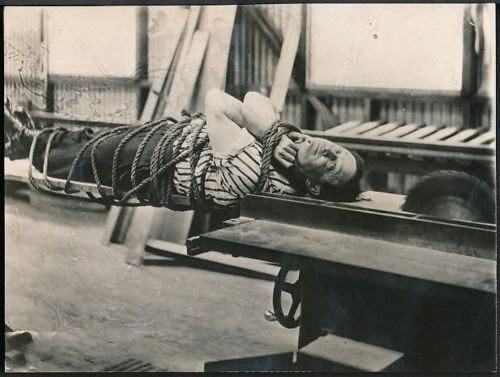 Congratulations to the buyer(s).
Written by John Cox at 5:26 PM