Tickets on sale for 'Flim Flam: Houdini and the Hereafter' 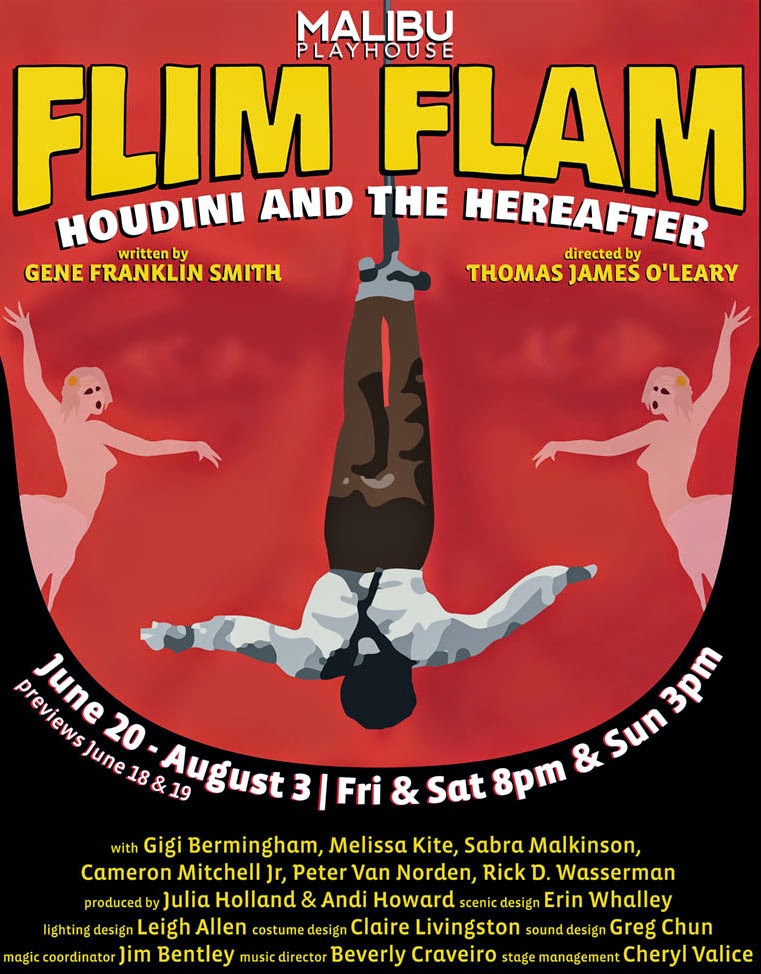 Tickets are now on sale for Flim Flam: Houdini and the Hereafter, a new play by Gene Franklin Smith set to debut at the Malibu Playhouse in Malibu, CA on June 20, 2014.

Director Thomas James O'Leary says, "I find this play intriguing on many levels - Houdini's attachment to debunking spiritualists juxtaposed with his attachment to his mother after she died is such a rich paradox explored throughout the play. I'm fascinated by the relationship between Houdini and his close friend Arthur Conan Doyle who fervently believed in the hereafter, and the relationships between those two iconic figures and their powerful wives. With this incredible cast, we get to explore many levels along the spectrum of truth, and why it matters so much to those who seek for it."

Tickets are $30 for Fridays, $34 for Saturday nights and Sunday matinees, and may be purchased through the box office, online at malibuplayhouse.org or by calling 323-960-7711. There will be previews on June 18th and 19th for $20. Shows are Fridays and Saturdays at 8 PM and Sundays at 3 PM. Malibu Playhouse is located at 29243 Pacific Coast Highway, Malibu, CA 90265 (near Zuma Beach, between Kanan-Dume Road and Morning View Drive, near Heathercliff Road).

With thanks to Broadway World.
Written by John Cox at 10:43 AM