'THE ESCAPE ARTIST: Harry Houdini in Russia' to be published in Fall

Some great news today. THE ESCAPE ARTIST: Harry Houdini in Russia, which our friend David Saltman has spent 11 years writing and researching, will be published by Maiden Lane Press, a boutique New York publisher specializing in quality fiction. It's scheduled to appear by Christmas 2014. 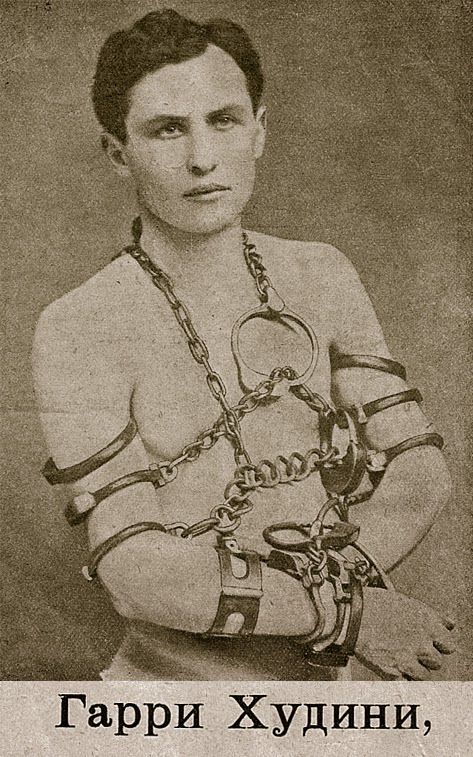 THE ESCAPE ARTIST is a rich, 100,000-word multilayered historical novel. It's based on Harry Houdini's tour of Russia in 1903, when he performed his astonishing illusions and escapes for Tsar Nicholas and his wife, Tsarina Alexandra. Harry was so phenomenally successful that they believed he had magical powers. So much so that they invited him to stay at court and become their spiritual advisor. President Theodore Roosevelt learned of this and persuaded Harry to undertake a dangerous mission: to spy for the United States. During the spring and summer of 1903, Harry and his wife Bess became stars of the Tsar's court -- until they fell afoul of the leader of the secret police, Count von Plehve. Von Plehve plotted to undermine Harry. He finally succeeded, in a deception in which the fate of the entire world depended on a single glass of wine. Harry lost his position at court, leaving an opening which was soon filled by Rasputin.

THE ESCAPE ARTIST is based on deep research set in the last golden moments of imperial Russia. This period saw the rise of serious political unrest as well as the flowering of an opulent Russian culture: minor characters include Chekhov, Gorky, Diaghilev and Durov the Clown. It will appeal to fans of The Alienist as well as lovers of The Amazing Adventures of Kavalier & Clay.

About the author, David Saltman:

THE ESCAPE ARTIST is David's fifth book, his first novel. His last book, Gilda, a biography of the late comedienne Gilda Radner, was hailed by the Los Angeles Times as “elegiac” and “more exciting than prime time.” He has authored or co-authored three other critically-acclaimed books: The Sports Book, The Great Escape, and The Marrakech Express. His humor pieces in TV Guide, his science writing in Omni and his travel writings in Rolling Stone and The New York Times have been hailed as setting the standards for the art.

David has also written, produced and directed nearly two hundred documentaries for CNN, CBS, ABC, NBC and public television networks and has written or collaborated on three feature film scripts. He has won Emmy and Ace awards, shared a Peabody award, and has had his film work inducted into the Smithsonian Institution.

David serves as a consultant to the Library of Congress on Houdini. His blog, The Houdini File, has recast the history of Houdini and his family as a result of David's original research. THE ESCAPE ARTIST, though fiction, is based on original historical research and hews to real historical events and real historical characters.


Congratulations David!
Written by John Cox at 7:26 AM