While the official release date is May 20, Saving Houdini by Michael Redhill is available now from the Canadian Amazon.ca. This novel for young readers mixes magic, time travel, and the events surrounding Houdini's death. Below is the cover art and a synopsis: 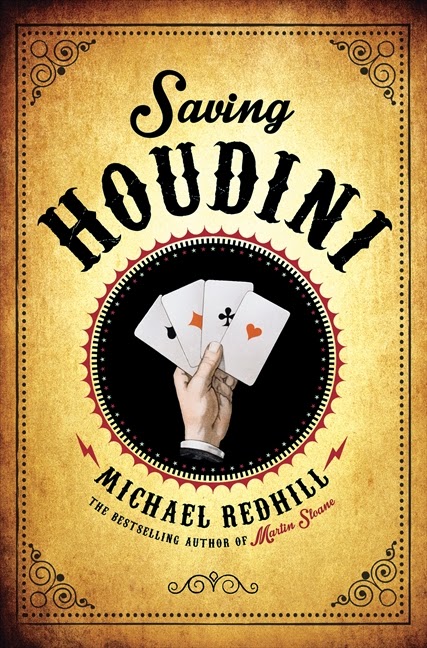 Dashiel Woolf is ecstatic when famous magician Bloom the Beguiler brings him onstage during a special performance to mark the eighty-fifth anniversary of Harry Houdini’s death. But a century-old trick invented by Bloom’s grandfather goes inexplicably wrong—sending Dash back to 1926. Wandering the historic streets of Toronto, he barely recognizes his city but with the help of his new friend, Walt, he hatches a plan to invent the trick that will transport him home. In doing so, they just might prevent the Great Houdini from taking part in the event that ended his life, possibly changing history forever.


Saving Houdini is released by HarperCollins Canada. It does not yet have a U.S. publisher, so at the moment is only available from Amazon.ca and Canadian bookstores.

Thanks to Shannon Parsons at HarperCollins.
Written by John Cox at 12:10 PM