The Confabulist by Steven Galloway is a new novel about Houdini's death and the life of the Montreal student who punched him -- in this case a fictional character named Martin Strauss. The book is released today in the U.S. by Riverhead. It's also released this week in Canada by Knopf (with much better cover art). Here's the description: 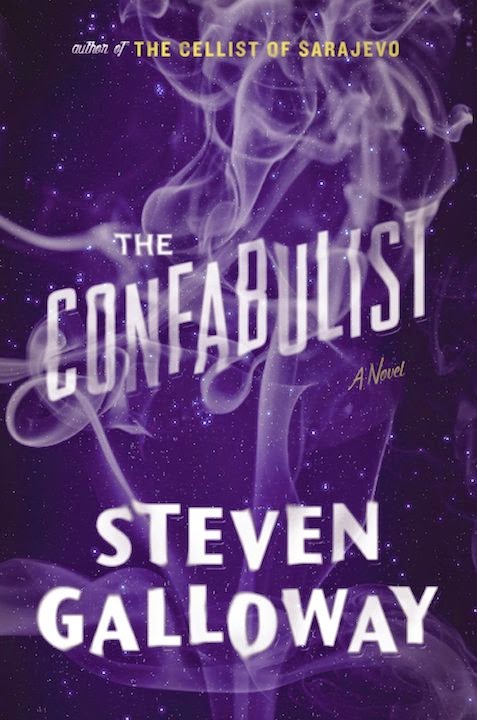 From the beloved, award-winning, bestselling author of The Cellist of Sarajevo, a beautiful, suspense-filled novel that uses the life and sudden death of Harry Houdini to weave a magical tale of intrigue, love and illusion.

The Confabulist weaves together the life, loves and murder of the world's greatest magician, Harry Houdini, with the story of the man who killed him (twice): Martin Strauss, an everyday man whose fate was tied to the magician's in unforeseen ways. A cast of memorable characters spins around Houdini's celebrity-driven life, as they did in his time: from the Romanov family soon to be assassinated, to Sir Arthur Conan Doyle and the powerful heads of Scotland Yard, and the Spiritualists who would use whoever they could to establish their religion. A brilliant novel about fame and ambition, reality and illusion, and the ways that love, grief and imagination can alter what we perceive and believe.


Author Steven Galloway recently told the Ottawa Citizen: "I had this loose idea that there was a really good novel somewhere in Harry Houdini and I hadn’t read it yet. As much as I am interested in story and voice and sentences, I’m really interested in the structure of novels and how they are built. When I realized there were these three components to the story (involving Martin Strauss past and present and Houdini) I saw how I could put those together."

UPDATE: Got a nice thanks in this book.