Magicol switches on the Houdini Automaton

This alert comes a little late, but the latest issue of Magicol (No. 187) has some nice Houdini content, including an article by Dustin Stinett about John Gaughan's Houdini Automaton and other writing machines. Made for the 2003 L.A. Magic History Conference, the Houdini Automaton can reproduce Houdini's signature (actually, Jay Marshall's forgery of Houdini's signature). 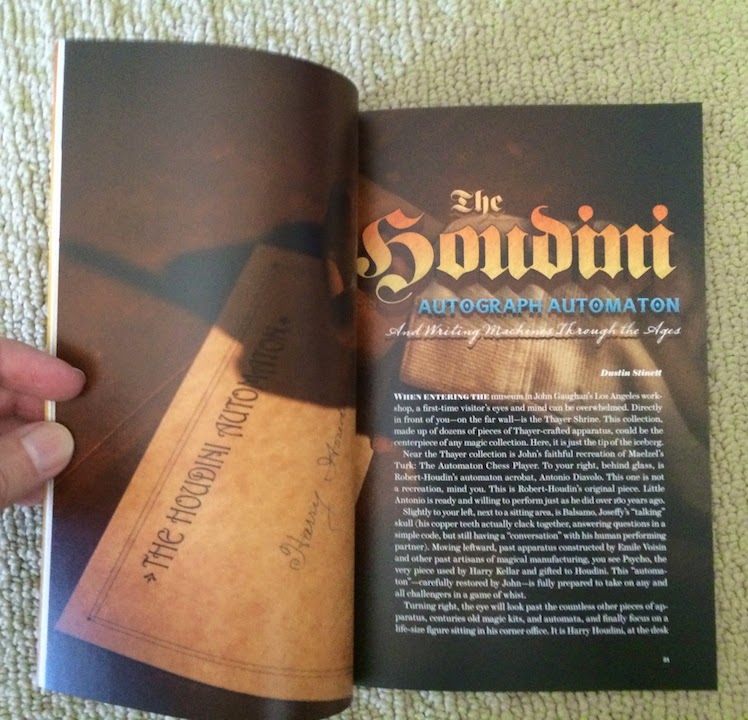 This issue is largely devoted to magicians autographs and autographs collecting. As always, Magicana has done a stellar job. You can subscribe to Magicol at www.magicana.com.