Entertainment Weekly: Now you see him 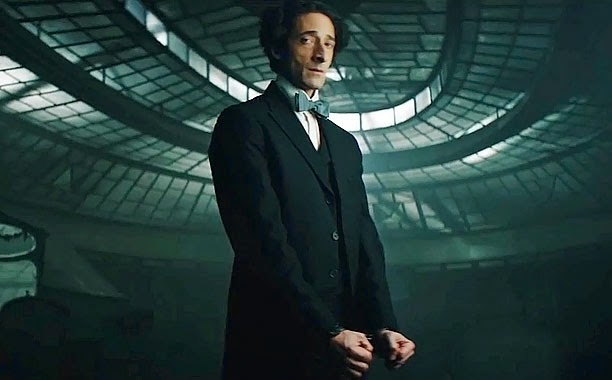 Entertainment Weekly has what it's calling the "First look at Adrien Brody in History's Houdini", despite the fact that the magazine actually gave us our look at Brody as Houdini back in February. Nevertheless, it's is a great new photo, and along with it comes this new promo trailer which is truly our first look at Brody in performance as Houdini. Enjoy.

Houdini co-stars Kristen Connolly as Bess, Evan Jones as Jim Collins, Eszter Ónodi as Cecilia Weiss, and Tom Benedict Knight as Theo Hardeen. The 4-hour miniseries is directed by Uli Edel from a script by Nicholas Meyer. It will air over the course of two nights on HISTORY starting September 1, 2014.
Written by John Cox at 3:48 PM