It's Holmes vs. Houdini in October 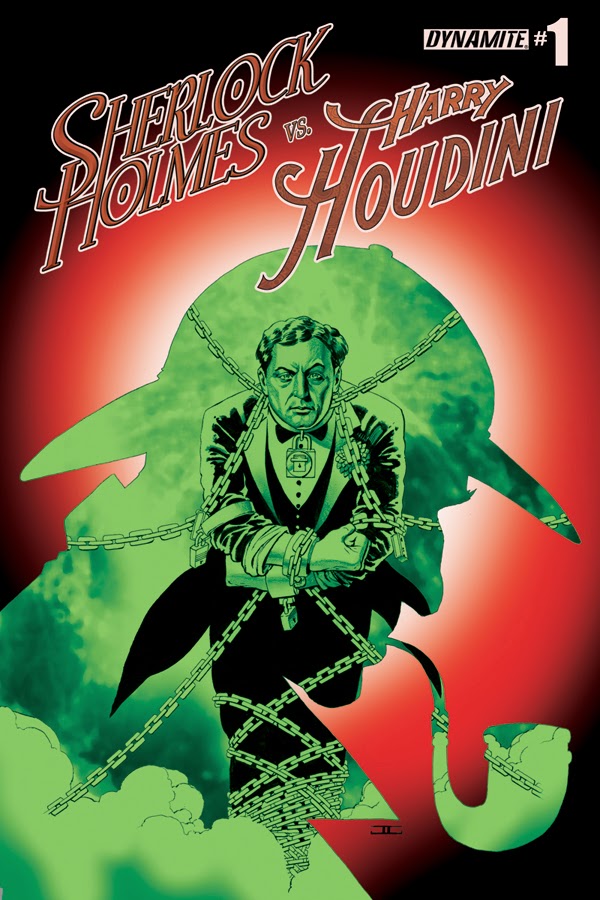 In Sherlock Holmes vs. Harry Houdini #1, famed detective Sherlock Holmes and brash showman Harry Houdini must combine forces to defeat a mysterious mystic dedicated to destroying Houdini’s career and killing anyone who gets in his way. But despite their singular purpose, the two titans have too much professional pride between them… and it’s only a matter of time until the deadliest sin has them facing off.


Says Del Col, "Sherlock Holmes and Harry Houdini are two of the most fascinating characters of the last hundred-plus years. Placing them together in the same world produces so many moments of mystery, intrigue, illusion, and reveal."

Sherlock Holmes vs. Harry Houdini #1 is slated for release in October.

Dynamite seems to have discovered the power of Houdini lately. Later this week the company will release The Shadow #0. That book sees Houdini teaming up with the legendary crime fighter, The Shadow (a character created by Houdini's real-life friend and ghostwriter, Walter B. Gibson).

Thanks at Dave Sikula over at HOUDINI HQ for the tip.
Written by John Cox at 8:45 PM