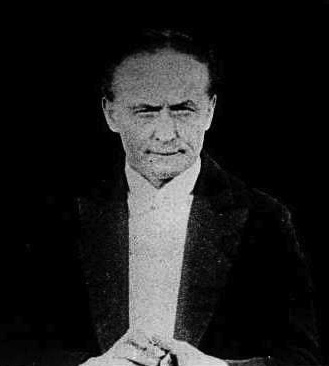 Following up on my 4th of July post about the famous footage of Houdini doing card manipulations -- which we discovered was shown in 1926 as a short called, Velvet Fingers -- Tom Interval of Houdini Museum has turned up an intriguing new discovery.

Tom has found this advertisement with suggests this footage might have first appeared as part of a short called Marvel of Motion by Red Seal Pictures. [EDIT: It was actually a series of shorts called Marvels of Motion.] The short featured "startling photographic inventions" including "very remarkable slow-motion pictures of Houdini and his card tricks." It played at New York's Rivoli Theatre in June 1925, a year before Velvet Fingers. 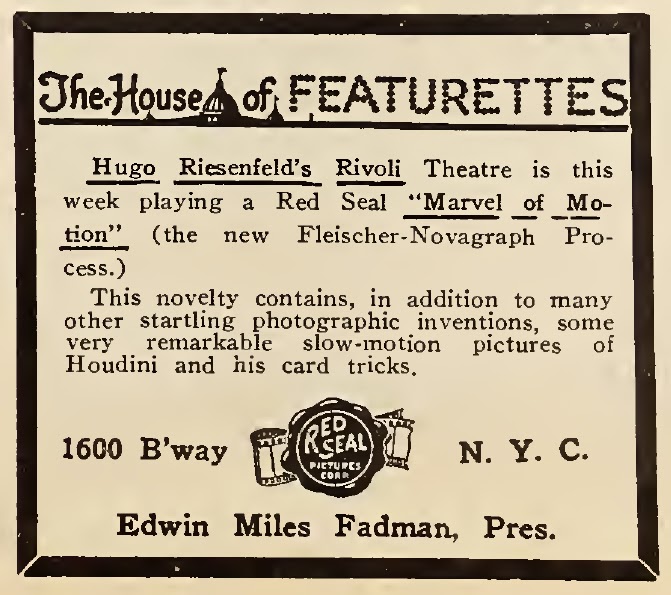 It's very likely this is the same footage, especially as the description of Velvet Fingers also mentions slow motion. It's possible this footage was first created for this Red Seal short and then later extracted on its own as Velvet Fingers. Or maybe Houdini himself shot this footage and licensed it to various film companies for use in their shorts, which means it might have appeared in several different films.

Another tantalizing possibility is that what's contained in Marvel of Motion is footage of Houdini that we have not yet seen.

Another day, another Houdini mystery!

UPDATE: Recently NEW footage of Houdini doing coin and card manipulations has come to light, which throws a wrinkle into the Marvel of Motion/Velvet Fingers saga. This new footage shows Houdini in a suit and tie, so it was not made at the same time. So is the suit and tie footage from Marvel of Motion and the tux footage from Velvet Fingers? Or visa versa? Or was it all one film? The mystery deepens!