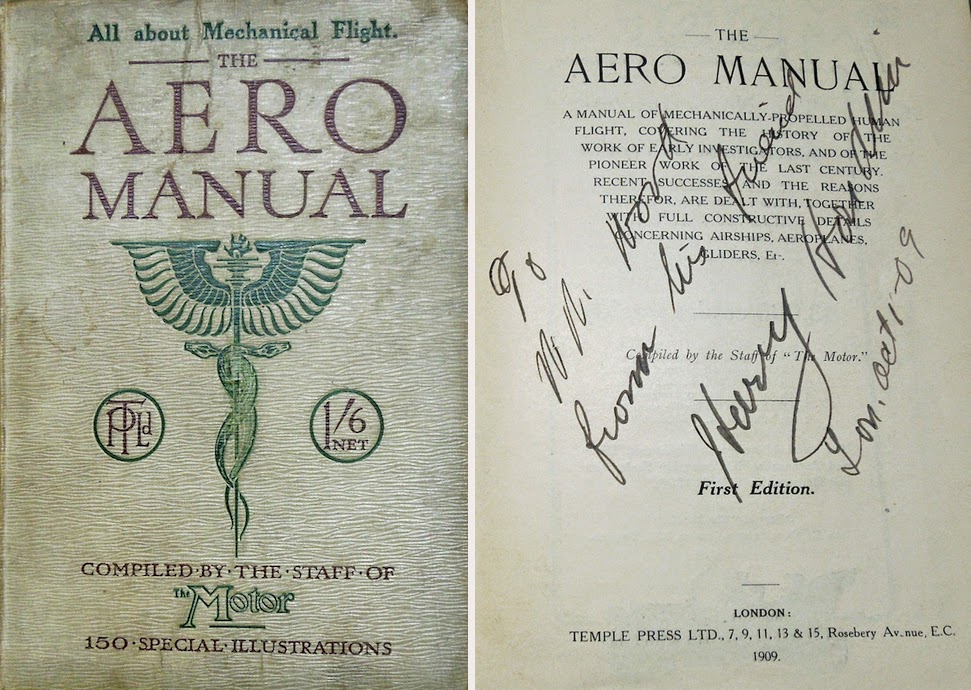 The Daily Press has a story about York County resident, Gordy Price, who has a remarkable artifact from Houdini's days as a pioneer aviator; a first edition 1909 aviation manual twice signed by the magician. The inscription on the cover page is to M.M. Wood. This is almost certainly Montraville M. Wood, a Chicago inventor and associate of Thomas Edison who not only helped Houdini devise his Milk Can escape, but also worked closely with the magician on his aviation exploits.

Says Price, "My aunt had a costume shop in Glendale, California, back in the 1940s and '50s, and at some point she bought out an old bookstore that was going out of business. In 1972 I was looking through that collection of books when I found this one. I saw the Houdini autograph on the title page, and I definitely thought it was interesting."

Price said the book had been kept in a suitcase for more than 40 years, but it wasn't until recently that he got a hint of its potential value. The Daily Press says that Price "has already fielded an offer from magician David Copperfield, but for now he is considering putting it up for auction."

The book is currently listed on eBay with a starting price of $28,000. While it is certainly a nice item from a part of Houdini's career in which we don't see much material, I think that price will need to come down to earth before it changes hands. 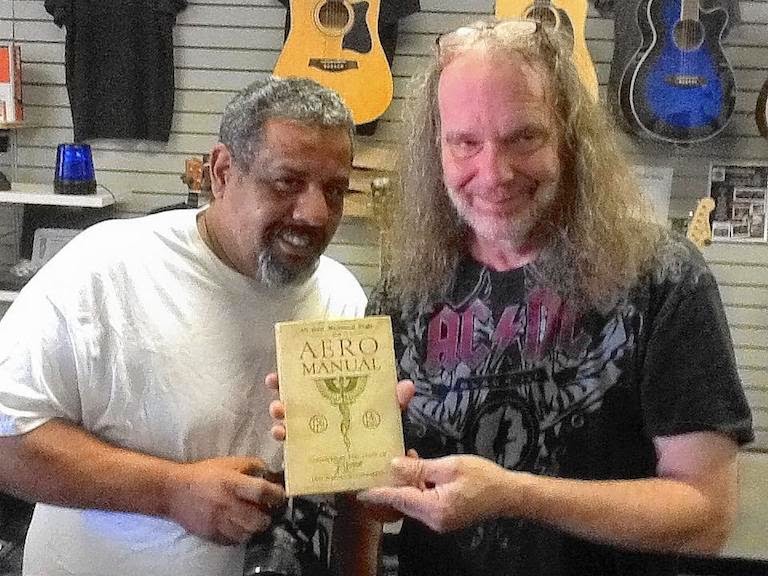 Read the full story at The Daily Press.