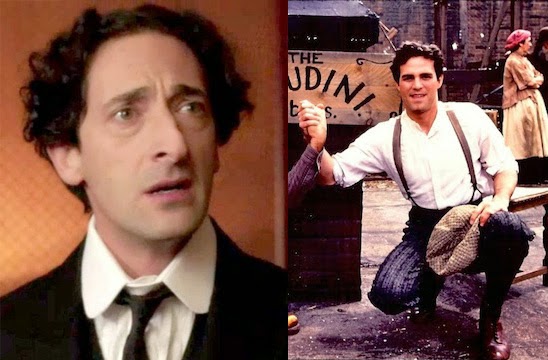 Actor Mark Ruffalo took home the SAG award for "Outstanding Performance by a Male Actor in a Television Movie or Miniseries" last night, beating out Adrien Brody for his nominated performance in Houdini. While Ruffalo won for the HBO series, The Normal Heart, around here he'll always be Theo Hardeen. Ruffalo played Houdini's brother and sometimes magic rival in the 1998 TNT production of Houdini starring Johnathon Schaech.