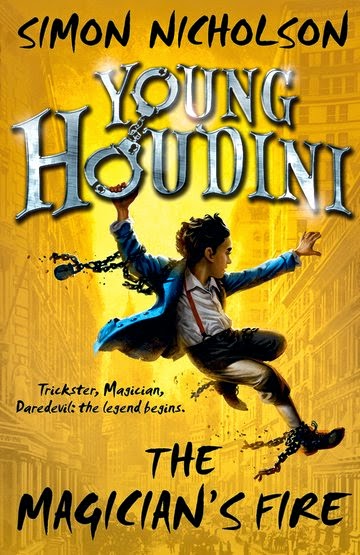 Despite an official release date of February 5, the first book in Simon Nicholson's new "Young Houdini" series, The Magician's Fire, is now shipping from Amazon.co.uk. The book is released in the UK by Oxford University Press (OUP) and is aimed at readers 10-13. The series features the fictional adventures of young Houdini in 1886 New York.

The Magician's Fire was released in hardcover in the U.S. back in October. In the UK, the book is only available in paperback. OUP will released the second book in the series, The Demon Curse, in May.

The OUP website notes that film rights to both novels have already been sold.