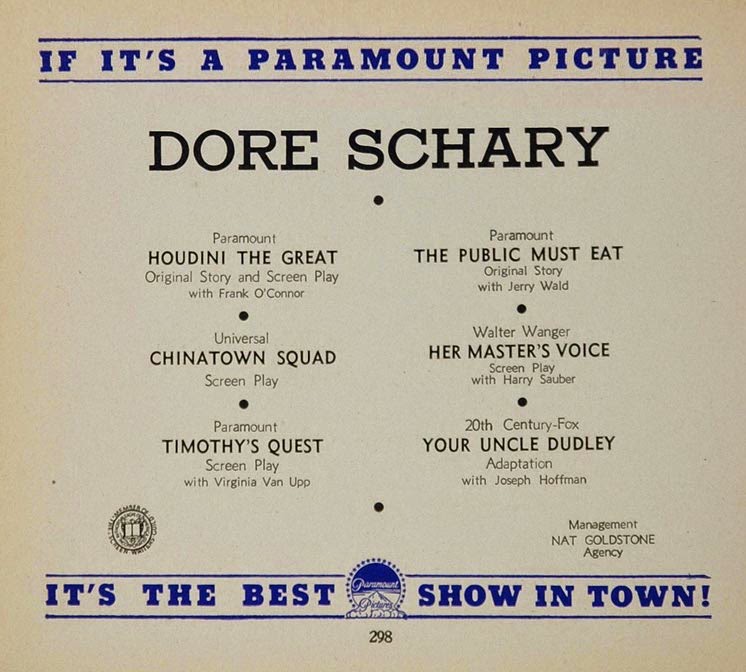 Our friend Joe Notaro has posted on his blog Harry Houdini Circumstantial Evidence summarized excerpts from a 1936 story treatment for Houdini The Great by Frank O’Connor and Dore Schary. This was a movie set-up at Paramount by Bess and Ed Saint and would have been the first Houdini biopic.

For those who thought the recent HISTORY miniseries took liberties, wait until you read this! Houdini racing to save a kidnapped Bess following the death of their child? Houdini gunned down by a spiritualist assassin? Mercy.

Houdini The Great would languish in development for many years with later drafts written by Pierre Collings. Chester Morris was one of the actors rumored to be in consideration for the lead. Producer Dore Schary would try and revive the Houdini project in 1944 when he became head of production at David O'Selnick's Vanguard Films. You can read that story HERE.