On February 3, 1918, the New York Tribune reported that Houdini was planning to open a "Magic Theatre" in the city. The theater would feature magic performances from different eras, and also house items from Houdini's collection, including automata. While not named, the article twice refers to it as a "Temple of Mystery." Here is the article from the Tribune spelling out Houdini's ambitious plans. 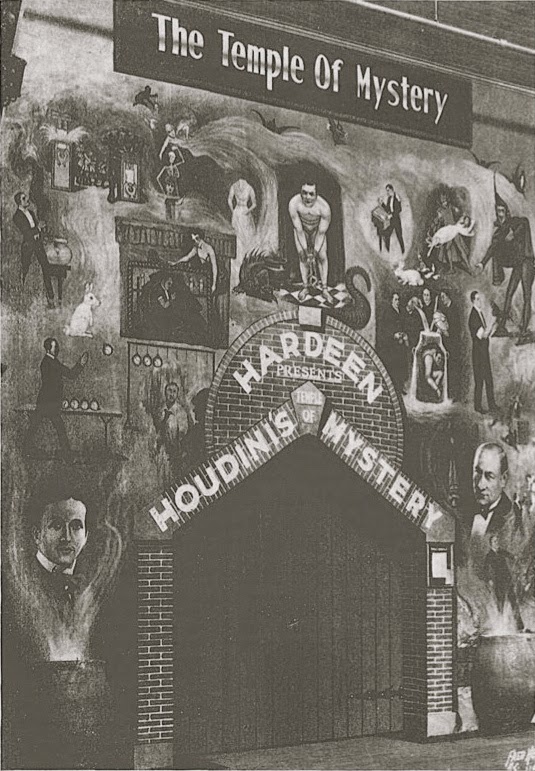 You can read more about the Houdini-Hardeen Temple of Mystery at Dean Carnegie's Magic Detective.
Written by John Cox at 9:14 AM