Sherlock Holmes vs. Harry Houdini issue #3 is released today (after being delayed from its original December 10 release date). The graphic novel series from Dynamite is written by Anthony Del Col and Conor McCreery with artwork by Carlos Furuzono. As with issues #1&2, Dynamite has released this latest issue with different covers (below). 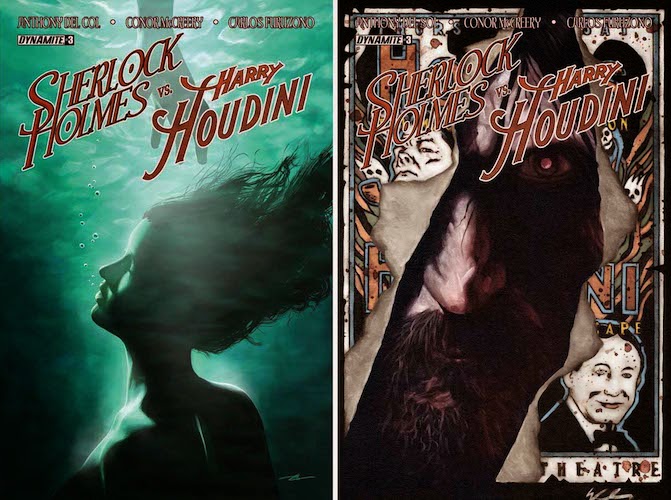 Detective Sherlock Holmes' and magician Harry Houdini's refusal to investigate the attacks on Houdini's shows together leads to a horrific attack on a loved one and puts Holmes and Houdini face to face with a deadly force that defies death...


You can purchase Sherlock Holmes vs. Harry Houdini #3 direct from the Dynamite website. I've also been very satisfied buying my issues on eBay from Abbas Discount Place.