Houdini at the Midwest Magic History Weekend, May 28-30 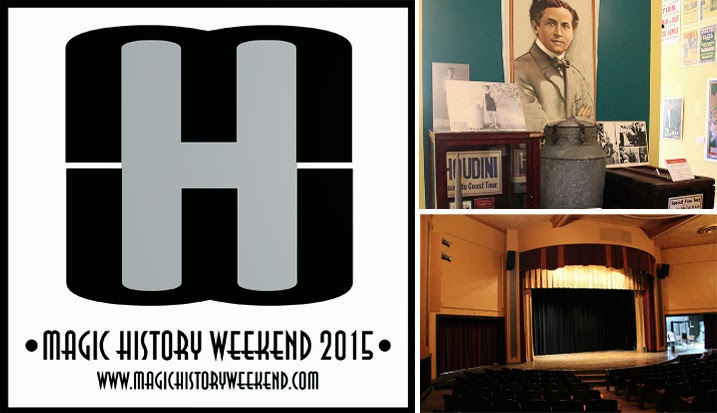 David Charvet has reveled details of the upcoming Midwest Magic History Weekend to be held May 28-30, 2015 in Marshall, Michigan. As you can see, I will be presenting my full "Houdini in Hollywood" talk along with a screening of a Houdini movie (which movie we haven't decided yet). I'm very excited about making my first visit to Marshall, "The Magic Capital of the World", and to the famous American Museum of Magic, which houses an important collection of Houdiniana. In fact, this entire weekend looks to be a delight for any magic history buff! Here are the confirmed details, with more to come:

Registrations are open for the Midwest Magic History Weekend - May 28-30, 2015 in Marshall, Michigan. Organized in conjunction with the American Museum of Magic, this will be THE event in the midwest this year for magic collectors and devotees of magic history.

All in the beautiful, historic town of Marshall, Michigan. Located midway between Chicago and Detroit. Take a step back in time where history lives.

Registration is $225 per person. Hotel rooms are $119/night + tax. This promises to be a weekend you'll remember.

Details and registration at: http://www.MagicHistoryWeekend.com.