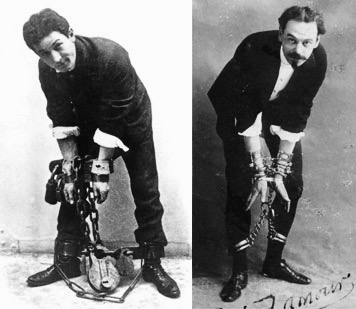 
George W. Brindamour was born to French Canadian parents in Cannon Mills, Minnesota on April 5, 1870. A one time photographer, Brindamour began performing handcuff escapes at the turn of the century. He claimed to have been the originator of the handcuff act. With his mustache and goatee, it was said he also sometimes doubled on stage for Herrmann the Great (presumably Leon). 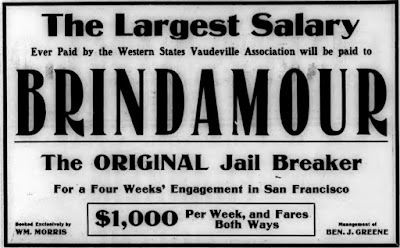 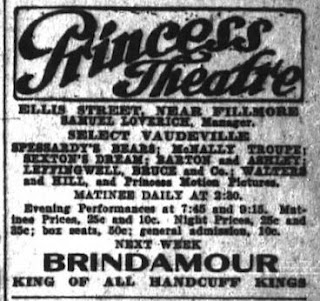 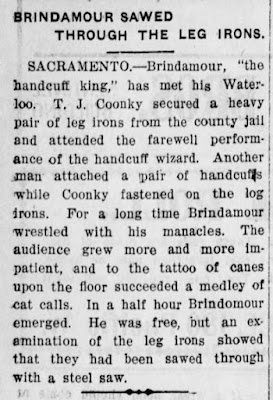