Last month I shared news of a new graphic novel series called ROUGH RIDERS (issue #1 is due out April 6) that has Houdini teaming with Teddy Roosevelt, Annie Oakley, Jack Johnson, Thomas Edison and Monk Eastman. Now here's a look at the cover for issue #2 (due out May 4) with a terrific illustration of Houdini underwater in chains. 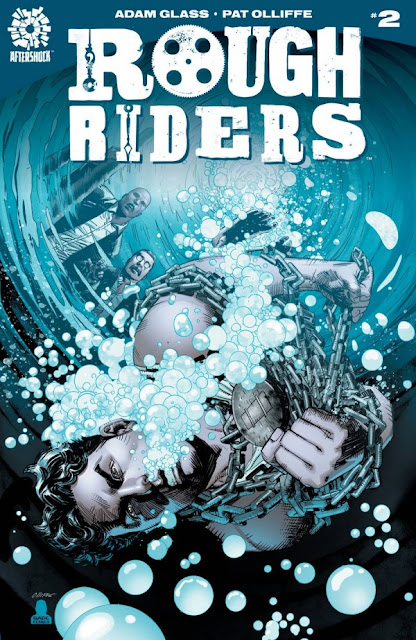 The year is 1898 and Teddy Roosevelt has put together an incongruous band of dissidents to battle a mysterious force in Cuba. Under the guise of the Spanish American War, Teddy and his “Rough Riders” will try to discover who is truly behind the sinking of the USS MAINE. But as they touch down on Cuban soil, they’ll soon discover that the biggest battle, they must fight is the one amongst each other.


ROUGH RIDRES is the work of writer Adam Glass (executive producer of Supernatural and Criminal Minds: Beyond Borders) and artist Pat Olliffe. The book is released by Aftershock Comics. 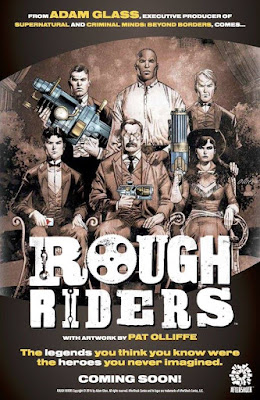