In the wild world of independant film financing, posters will be created for films that don't yet exist. This is so producers can sell the concept for the film and use foreign pre-sales to fund that actual making of the movie.

Below is one of those posters for a Houdini movie called The Dead of Night. This appeared in the May 2, 1990 issue of Variety showcasing movies being shopped at the Cannes Film Festival that year. 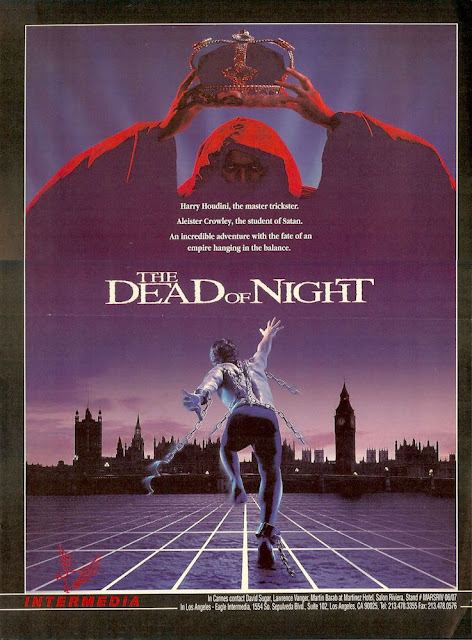 As you can see, the idea here was to team Houdini and Aleister Crowley, the English occultist who was sometimes called "the wickedest man in the world." As far as I know, The Dead of Night never made it beyond this poster.

Hey, I kinda like this idea, and I really like this poster. Is it too late to invest? Probably.