Local Wisconsin news outlets report that citizens gathered in Appleton's Houdini Plaza on Thursday to protest President Trump's immigration actions. The plaza, which received a makeover in 2013, is a popular gathering place for civic events as well as protests. 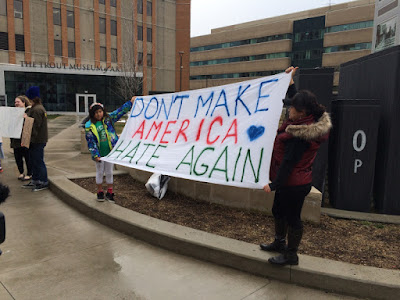 Surprisingly, neither the media nor protesters appear to have taken advantage of the perfect symbolism of the Plaza; which, of course, is named after an immigrant.