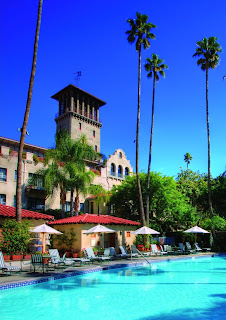 Joe Notaro has another home run at his blog Harry Houdini Circumstantial Evidence today. Joe has uncovered some terrific details about Houdini's time spent in Riverside, California while filming Terror Island in early November 1919. During the shoot, Houdini and the crew stayed at the Riverside Mission Inn, which stands to this day. Underwater scenes were shot at the nearby Elliotta Springs Plunge.

Interestingly, the local press reported the title of the movie as Deep Sea Loot, a title that sometimes shows up as a separate Houdini movie. Salvage was another early working title for Terror Island.

Click the headline to have a read at HHCE.