A book that's bound to please

Here's an end of the week treat from the collection of the great Kevin Connolly. This is a pre-order advertisement for Houdini's Magical Rope Ties and Escapes. Not only have I never seen this ad, but I don't think I've ever seen any ad for this book! I love the image of Houdini bound to the book here. 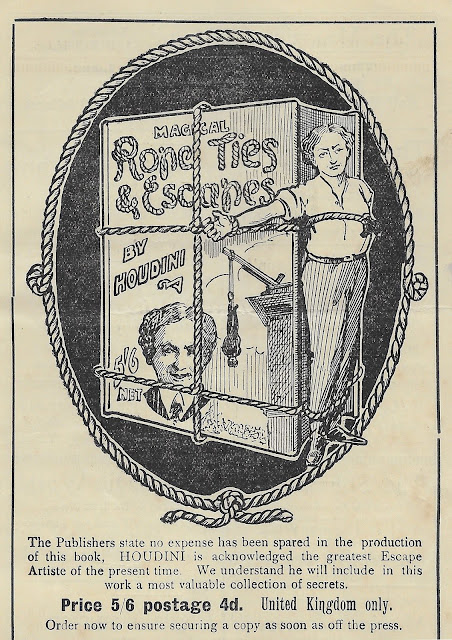 Published by Will Goldston in 1920, Magical Rope Ties and Escapes was only released in the UK. It was no doubt timed to take advantage of Houdini's return to the UK after six years absence because of the war. While it's not one of Houdini's more substantial works, it does contain terrific photos of Houdini in escape action, and the frontispiece photo of Houdini and Ira Davenport seems to foretell the next chapter in his career.

Magical Rope Ties and Escapes is available today for the Kindle. There is also a reprint available from Houdini's Magic Shop.