This article from the UK's Daily Mail shows the current condition of the Empire Theater in Burnley where Houdini performed in December 1902. While many old theaters claims to have had Houdini on their stages, this one actually did! 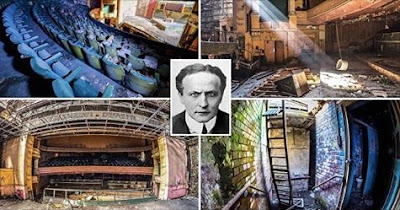 Details of Houdini's Burnley appearance can be found in Derek Tait's Houdini The British Tours. An updated edition of that book is due out on July 30, 2017.

Email ThisBlogThis!Share to TwitterShare to FacebookShare to Pinterest
Tags: Links, Theaters, Then and Now, United Kingdom