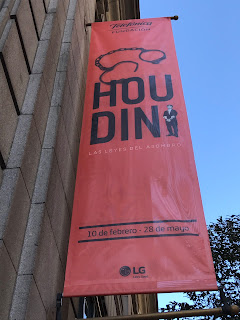 A major Houdini and magic exhibition called Houdini Las leyes del asombro (Houdini The Law of Shadow) opens today at the Espacio Fundación Telefónica in Madrid, Spain. It will run through May 28.

María Santoyo and Miguel A. Delgado are the curators along with magic historian Ramón Mayrata.

A host of special events are planned including lectures, magic performances and contests. For the full details, visit the official website (in Spanish).

The Espacio Fundación Telefónica is located at C / Fuencarral 3, Madrid. The Houdini exhibition is located on the fourth floor.

Below are Twitter images from yesterday's grand opening, which including a panel discussion and an appearance by Houdini himself! 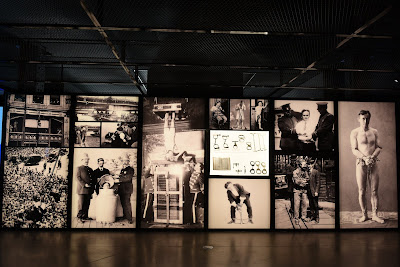 It interesting to see how popular Houdini is in Spain, a country he never performed in.