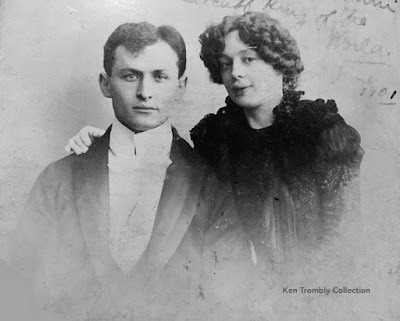 When England's Queen Victoria died on January 22, 1901, the 26-year-old Houdini was performing his second record breaking engagement at the Alhambra Theater in London. The Queen's death brought an end to the 64 year "Victorian Era" that had transformed England into a great empire. If Houdini had any reaction to this historic moment, it has gone unrecorded by biographers. But he did buy a dress said to have been designed for the Queen before her death. He thought it would look good on his mother.

But you will still be able to enjoy the story of Houdini in 1901 with the publication of my upcoming book.