The Houdinis are Rogers' Orpheum Stars of 1897 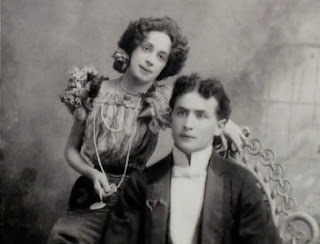 During their early years, Harry and Bess Houdini joined an assortment of traveling performance troupes. Their stints with the Welsh Bros. Circus, the California Concert Co, the Marco Co. and the American Gaiety Girls are well documented. But what never gets mentioned is the "Rogers' Orpheum Stars Co." which Harry and Bess toured with in Wisconsin in March and April of 1897.

The Rogers' Orpheum Stars Co. was a self-contained traveling vaudeville show with 14 acts that ran 2 1/2 hours. The "Orpheum" in the name is not the same thing as the big time Orpheum Vaudeville circuit controlled by Martin Beck, but I'm sure the Rogers' Stars were happy for any confusion!

Below is an advertisement for the troupe at Rhode’s Opera House in Kenosha, Wisconsin. You'll note Harry and Bess appear three times on the bill. Once together as "The Houdinis" doing Metamorphosis ("Hindoo box mystery"). "La Petite Bessie" then does her "character vocalist" singing act. Finally we see "Mysterious Harry" doing magic as "the only rival to Hermann the great."

Below is a review of the show at the Belle City Opera House in Racine, Wisconsin. Notice that Houdini seems committed to "Mysterious Harry" being his solo stage name at this time. Yikes. 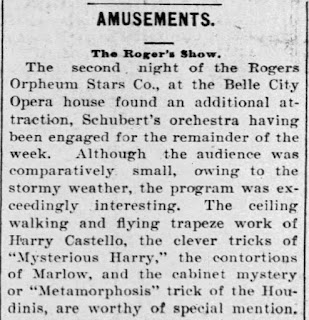 Here's one last thought. I have seen evidence in Ken Trombly's collection that the famous photo below, frequently misidentified as being Houdini first theatrical photo (far from it), was taken around the time of the Houdinis tour with the Rogers' Orpheum Stars in 1897. In fact, this photo might have been taken expressly for this tour. So should we stop thinking of this image as being "Houdini" and instead consider it a rare pic of "Mysterious Harry"? 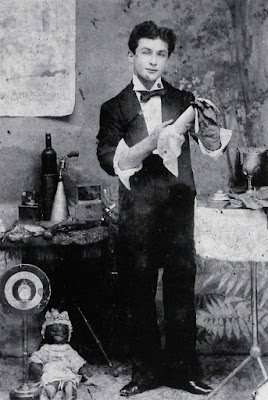 Below are more links related to The Houdinis early career.