Three Houdini movies screening at AGO in March 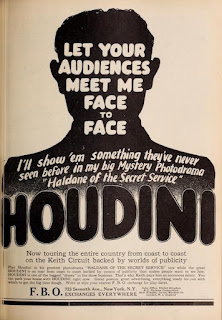 Toronto's AGO (Art Gallery of Ontario) will screen three Houdini movies in March as part of their Illusions: The Art of Magic exhibition programing.

Illusions: The Art of Magic is devoted to the Golden Age of Magic and features more than 55 colorful magic posters from the Allan Slaight Collection of the McCord Museum, Montreal, alongside photographs, films, documents and ephemera. The exhibition begins TODAY and runs through May 19, 2020.

AGO is located at 317 Dundas Street West, Toronto, Ontario. 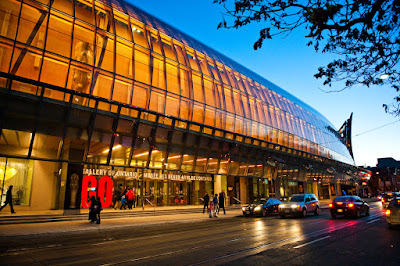 Email ThisBlogThis!Share to TwitterShare to FacebookShare to Pinterest
Tags: Canada, Events, Exhibitions, Haldane of the Secret Service (1923), Houdini (1953), Museums, Screenings, The Man From Beyond (1922)