One of the highlights of this weekend's virtual NEMCA Yankee Gathering was a video from 1985 in which Ray Goulet and Charlie Cambra discuss, disassemble, assemble, set, and perform Houdini's original Flower Table. It's a rare opportunity to get an intimate look at a piece of original Houdini magic apparatus, and it testifies to Houdini's taste in mechanically complex and extremely well-made equipment (it's really more akin to an automata). 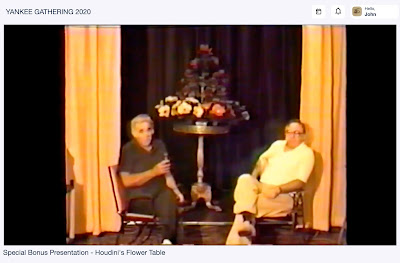 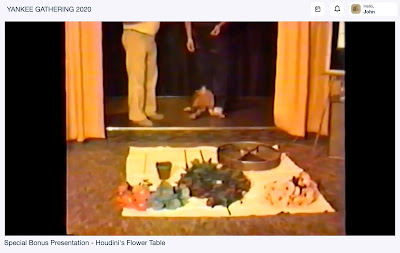 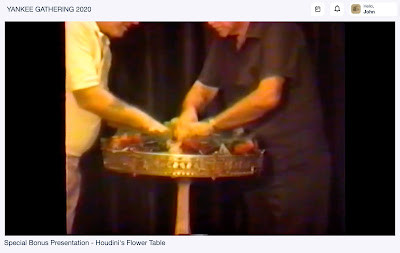 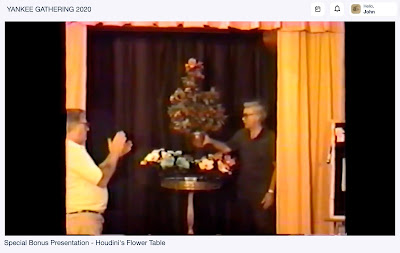 Houdini used two of these tables in his full evening show. Both tables survive today. One is in the collection of John Gaughan, which I've had the great pleasuring of seeing in person (below). The table in this video eventually found its way into the collection of Ken Klosterman (who passed away in October).
In the video, Ray and Charlie say the table was made by Conradi in 1903. But in the October 2014 issue of Genii, John Gaughan identifies the tables as being made by R.S. "Rudy" Schlosser, circa 1925, and sold through Hommann's in New York City. According to John, Houdini had the two tables placed at each end of the stage and "because the growing took several minutes, Houdini made a gag of continually going back and forth to the tables to water the plants." 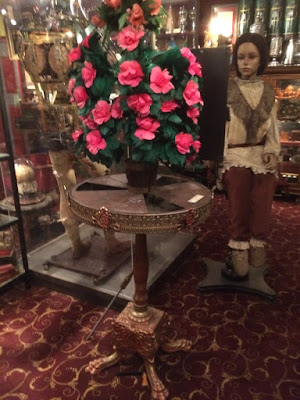 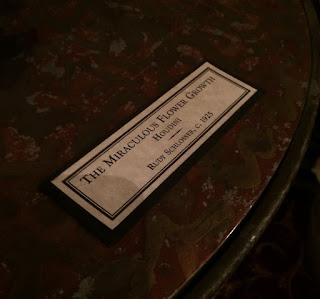 The 2020 Virtual Yankee Gathering was a big success that featured many riches for the Houdini fan. For more about the Houdini highlights, check out Joe Notaro's report at Harry Houdini Circumstantial Evidence. Registrants can also rewatch all the presentations, including this amazing video, on the official website until November 20, 2020.