Harry Houdini Master of Magic by Robert Kraske was released in 1973 by Garrard Publishing Company as part of their "Americans All" series. Aimed at young readers, it's a serviceable biography running 94 pages. When I first discovered this book in my Junior High school library, I had already read Kellock, Epstein, Gresham, and Christopher. So I knew the story. But this book still captivated me as it offered up an electric new experience. Illustrations! 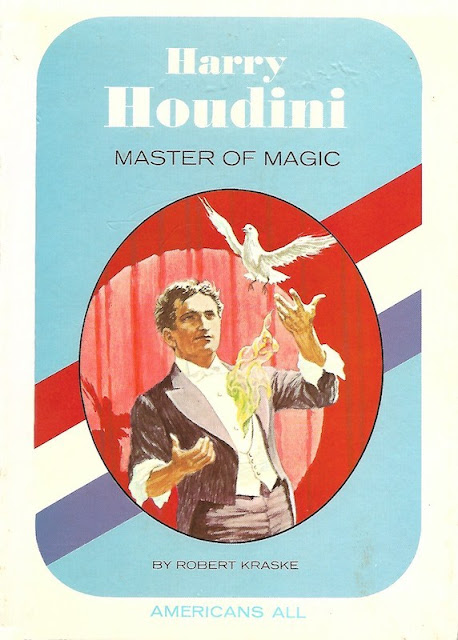 Thanks to the artwork by Victor Mays, here I could finally see seminal moments of Houdini's life (and mythology) that I had only read about in other books. Here was Ehrich Prince of the Air on his backyard trapeze; the Brothers Houdini performing metamorphosis on a side show platform; young Ehrich pouring coins into his mother's lap; Houdini tied to horse; and the infamous dressing room punch, accurately depicted with Houdini laying on his cot. And that beautiful frontispiece! I was obsessed with this book, and I can't tell you how many times I checked it out, or just ducked into the library during lunch to soak in these images once again. 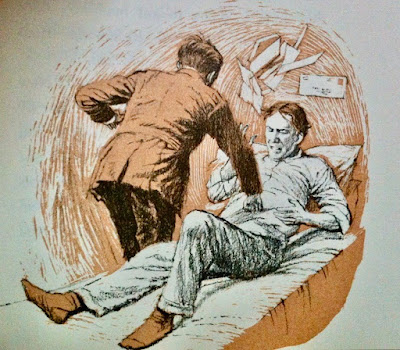 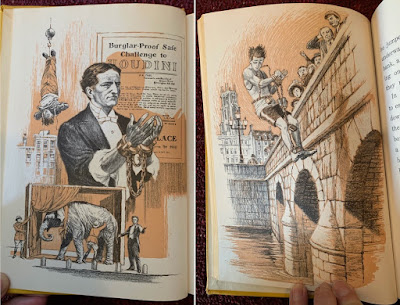 The Garrard edition of Harry Houdini Master of Magic was only available to school libraries, which made it all the more precious. A paperback edition was released by Scholastic and remains in print today. But it lacks the Victor Mays illustrations! It was not until the 1990s and the coming of eBay that I was finally able to land a copy of the hardcover for myself.
Another book that gave me the same jolt as Kraske was Escape King: The Story of Harry Houdini (1975) by John Ernst with illustrations by Ray Abel. The author is the grandson of Bernard M.L. Ernst, Houdini personal lawyer, and according to the jacket blurb, he grew up "hearing many stories about the magician." So that in itself makes this is a pretty interesting piece of Houdniana! 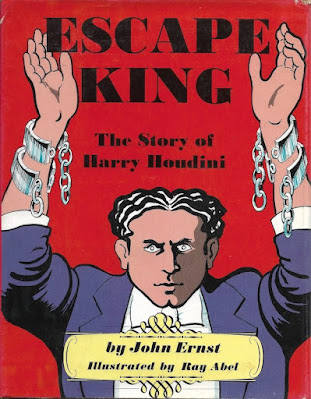 Escape King's illustrations are pen and ink, so a very different style from the more realistic images in Kraske. But they still pack the same wallop. Here we see the vanishing elephant and the Siberian Transport Prison Van. And finally someone had to nerve to draw Houdini in the nude! Escape King was released in hardcover and paperback by Prentice-Hall. 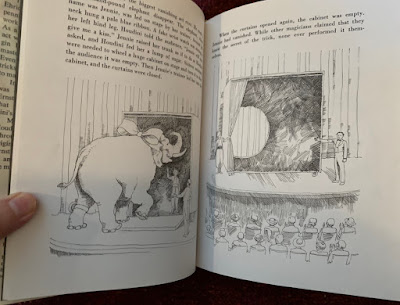 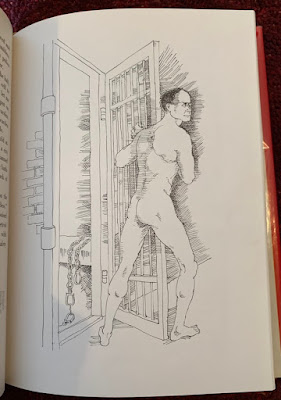 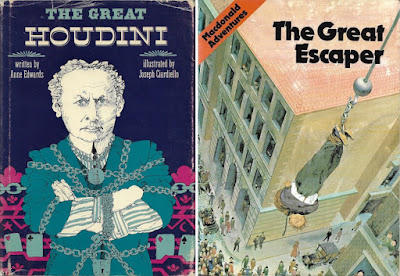 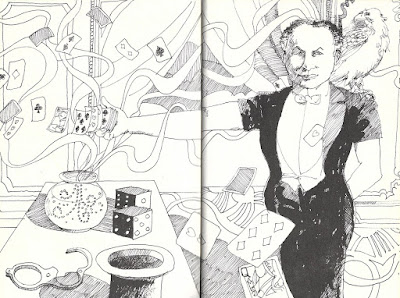 [If you're wondering why I'm not including The Great Houdini by Williams & Epstein, it's because I consider that a text biography rather than a book driven by illustrations. Likewise with Harry Houdini Boy Magician by Borland & Speicher, which I plan to devote a standalone post.]
The 1990s and 2000s saw many new illustrated Houdini books featuring the artwork of Allan Eitzen, Anne Reas, Leonid Gore, Rick Geary, Eric Valasque, Nick Bertozzi, Matt Collins, John Mantha, Chris Lane, Pat Kinsell, Betty Raskin, Bill Farnsworth, and more. I suspect some of these books packed the same visual punch that the books of '70s did for me. 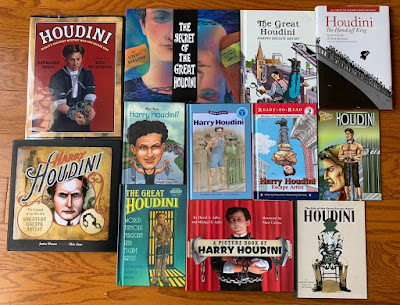 Did you have a favorite illustrated Houdini book? Let us know in the comments below.
HAPPY THANKSGIVING

Other selections from the WILD ABOUT HARRY bookshelf:
Written by John Cox at 7:48 AM