Recently I re-upped my newspapers.com subscription and was excited to see they now have the archive of The Commercial Appeal in Memphis. Not only did this allow me to finally confirm Houdini's appearance and suspended straitjacket escape in September 1923 (and update this post accordingly), but I also discovered a hitherto unknown Memphis appearance in 1916 in which he also did a suspended straitjacket escape on February 16, 1916. The paper gave it this terrific spread!
The building where Houdini performed his 1916 and 1923 escapes still stands at 30 N. 2nd Street in Court Square in Memphis. This was the headquarters of The Commercial Appeal until 1933. 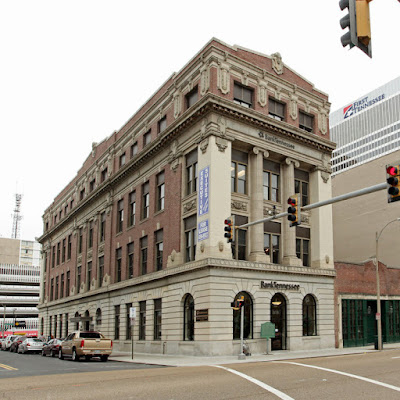