An effort is currently underway to raise the historic Palace Theatre in New York's Times Square 30 feet above the street. This is to make way for more retail space at ground level. Not sure I'm in love with the idea of changing this iconic theater, but I do love the quote on the construction sign currently hanging in front of the theater. 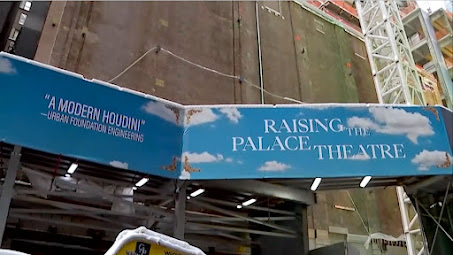 This certainly isn't the first time Houdini's name has graced the Palace marquee. Built in 1913, the Palace Theatre was the brain child of Martin Beck and became the premier theater for Keith's vaudeville in New York City. Houdini played at the Palace in 1914, 1915, 1916 (2x), 1922, as well as making numerous appearances for special events. On January 5, 1922, he performed a suspended straitjacket escape from the theater's facade.
The logistics of this raising effort, which will take six to eight weeks, makes for an interesting read HERE. As to whether this should or shouldn't be done, Trav S.D. has his own take at his terrific blog Travalanche.
Below is a wonderful pic of the Palace as it appeared in Houdini's day. 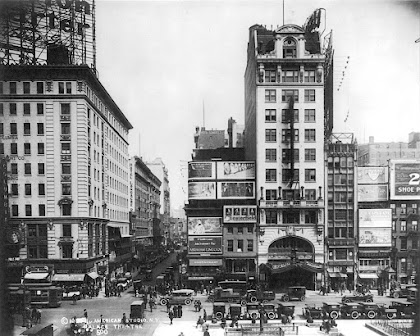