On May 22, 1983, ABC broadcast Parade of Stars. The two-hour special benefited the Actors Fund and featured an assortment of Broadway and television stars recreating famous vaudeville acts at the Palace Theater in New York. Of course, Houdini played the Palace many times, and he was represented not only in the show, but also on the advertising key art below (top left). 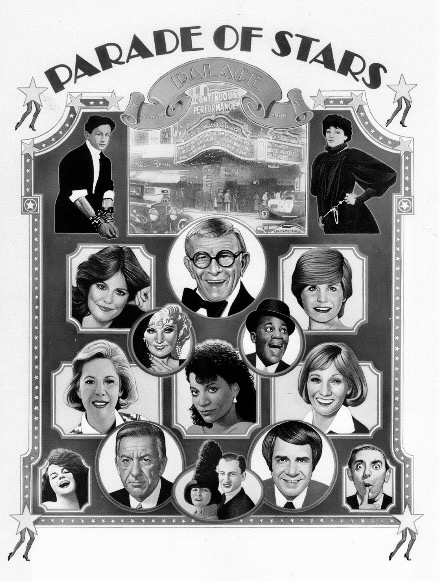 Houdini was portrayed by Alan Alan, the English escape artist who died in 2014. Alan did his signature upside down chain escape from a burning rope. According to a user on IMDb, Alan's act was cut down from 13 minutes to six minutes to eliminate the comedic elements and make it a more straightforward Houdini escape.

You can read a New York Times review of the show HERE. You can also view a short clip on YouTube.

For fun, here's a photo of the Palace with the real Houdini headlining (also notice the real Fanny Brice on the bill). 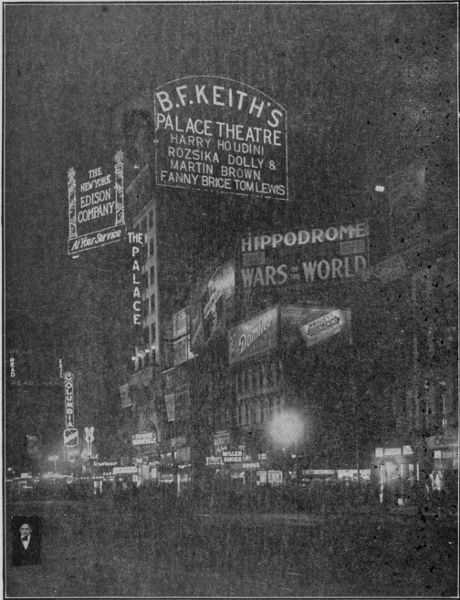 Thanks to Mark Willoughby for sharing the art and bringing this one to my attention.