Houdini helps a fellow Hungarian from beyond

Recently magician Richard Hatch sent me a collection of original Houdini press clippings from the 1930s and '40s. Some real gems in the batch, including the below. The movie being referenced here, "Vampires of Prague", would ultimately be released as Mark of the Vampire by MGM in 1935. 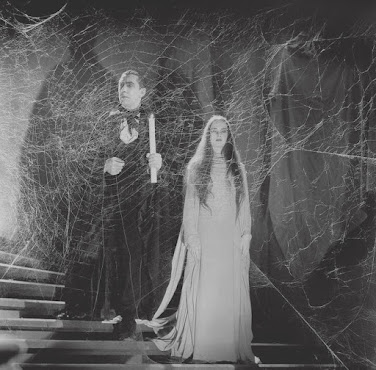 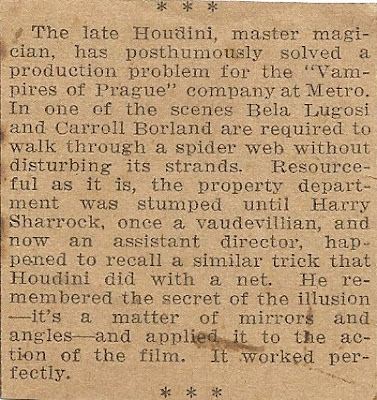 I don't know what this "net trick" of Houdini's would have been, but I don't think we need to go looking for it. I suspect this entire news item is the invention of the MGM publicity department. I just enjoy the intersection of Houdini and classic horror films, which have always been a side passion.
Mark of the Vampire was directed by Tod Browning, who also directed the Hungarian Lugosi in Dracula. Coincidently, I've just worked up another post with a Houdini-Tod Browning connection. Click here for that.
For more vampiric Houdini adventures, check out the links below.
Thanks Richard.