To mark their 100th Anniversary, the McCord Museum in Montreal is is allowing free use of their online digital images believed to be in the public domain. This includes select images from their Houdini collection. What's especially nice is these are high resolution downloads that can sometimes reveal details not seen before. That's what brings me to this.
The below photo shows the Princess Theater in Chicago during Houdini's record 8 week run of his 3 Shows in One in 1926. I've seen this photo before and never thought all that much about as there are better images of the theater facade showing Houdini's sidewalk displays. But in this higher res version I noticed there is someone changing a lightbulb on the Princess marquee, which is kind of fun. But then I had a closer look. 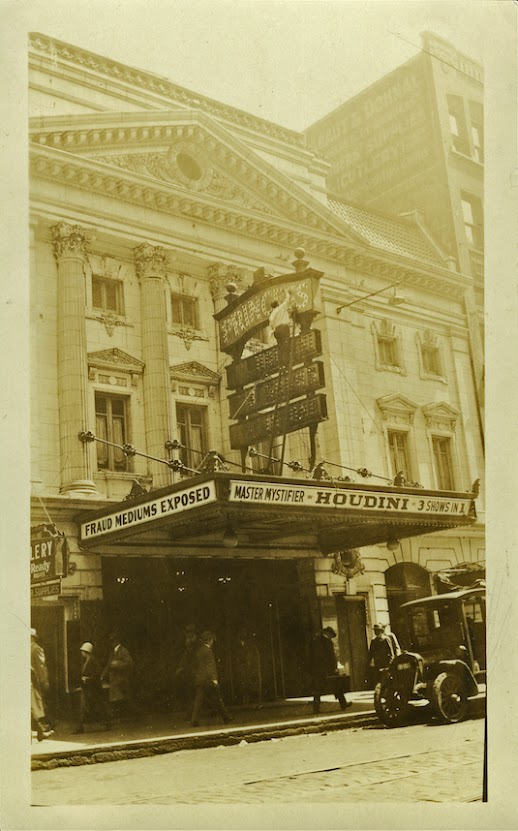 Now, call me crazy, but I think the man changing the lightbulb is Houdini himself! Certainly his hair and body resembles Houdini in 1926. And if this was an electrician or stagehand, wouldn't he be in coveralls and work boots? This guy is wearing dress shoes! 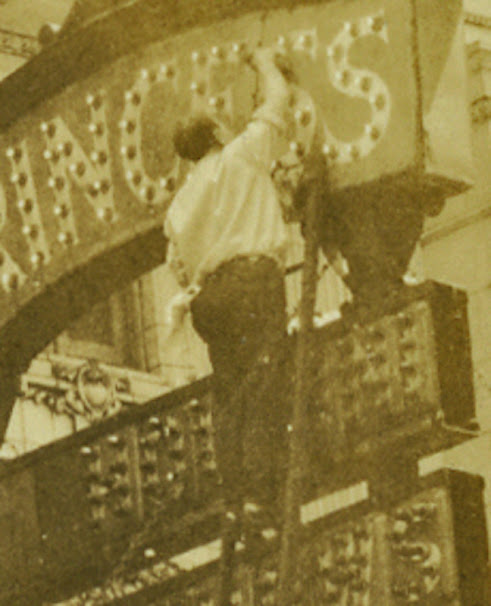 But why would Houdini be doing this himself? We can only speculate. The 3 Shows in One played legitimate theaters that may not have the same level of upkeep as a vaudeville house. It could have been just a just single bulb that was out. But I could see that irritating Houdini to the point that he'd grab a ladder and change it himself, especially if he had requested it be done and it was not. We know he wasn't afraid of heights! And we know he was a bit of a show off.
I can also see Houdini handing off his camera to an assistant and saying, "Get a picture of me doing this." Because why else would this picture be taken? That might actually be the best argument for this being Houdini.
Or maybe I just want this to be Houdini so we have something in common. 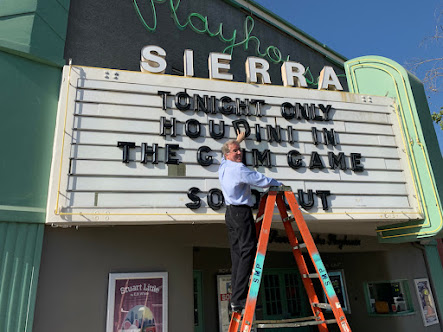 So what do you think? Is this Harry? And what's your guess as to why he might be doing this himself? Illuminate us in the comments below.
Thanks to the McCord Museum.
Related:
Written by John Cox at 7:10 AM