It was 96 years ago tonight that Houdini took to the stage for the very last time at the Garrick Theater in Detroit. The below is from the Detroit Free Press on that very day. A sad and somewhat spooky clipping in retrospect. 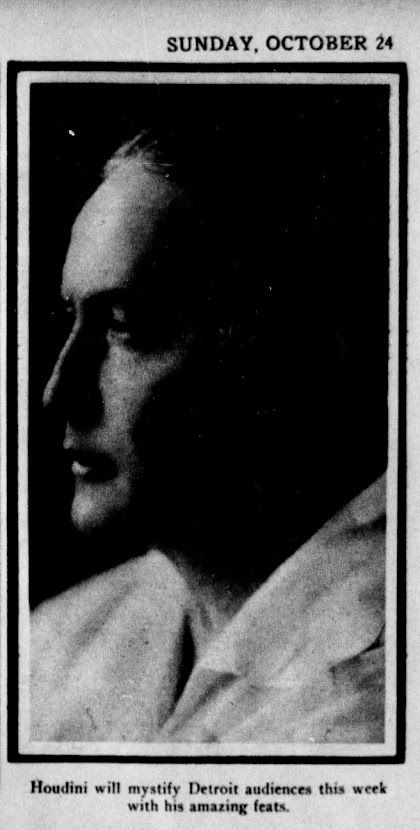 Of course, Houdini did not go on to mystify Detroit audiences that week. Following his one performance on October 24 he was rushed to Grace Hospital with a ruptured appendix. He would fight the infection for a week before passing away on Halloween.
It was a bad week for Houdini, but this tends to be a pretty good week for Houdini fans, with lots of attention on the Handcuff King and magic in general. So let it begin!
Related:
Written by John Cox at 12:37 PM