Houdini takes the stage for the last time

It was 88 years ago tonight on October 24, 1926 that Houdini took to the stage of the Garrick Theater in Detroit and gave what would be his last performance. Unbeknownst to the audience, the great magician was performing with a 104 degree temperature and a ruptured appendix. He would die seven days later on Halloween.


To mark this night, above is a remarkable photo from the collection of our good friend and benefactor, John C. Hinson, the great nephew of Harry and Bess Houdini. This shows Houdini on stage in his 1925-26 full evening show ("3 Shows In One"). You can see a few famous Houdini effects here, including the Water Torture Cell, Radio 1950, Whirlwind of Colors, and Hello Summer. Houdini is center stage performing card sleights with Jim Collins who holds the Crystal Casket.

Just as he was 88 years ago tonight. 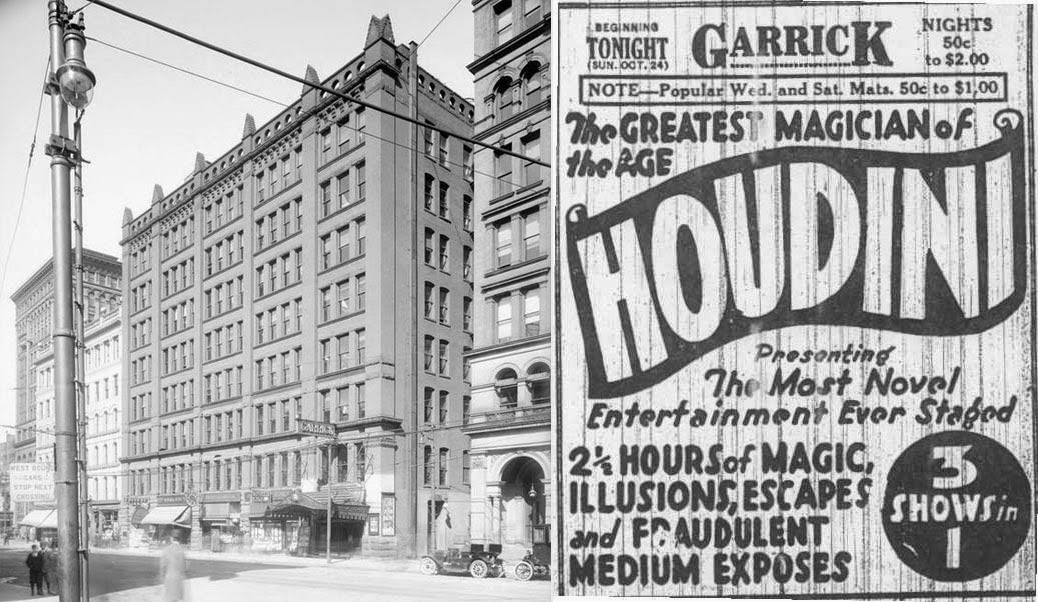