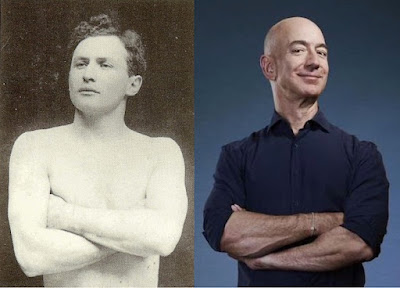 Houdini and Jeff Bezos? Yep. While doing research at the Harry Ransom Center, I discovered an investment Houdini made late in his life which, as it turns out, has a connection of Mr. Amazon himself. Here's the story.
On June 1, 1925, Houdini purchased 30 shares of the "212 Fifth Avenue Corporation" for $3000 (Certificate No. 72) from Spear & Co. This was a 20 story commercial building located at, you guessed it, 212 Fifth Avenue in Manhattan. It was built in 1913 and faced Madison Square Park. Among Houdini's papers is this brochure pitching potential investors.
Houdini doesn't appear to have fully understood what he had purchased, as evidenced by this letter sent from his accountant, George M. Sachs, explaining the nature of the investment. Sach's sent this on June 22, Houdini wedding anniversary. His reference to "the H.P.C." means the Houdini Picture Corporation, the failure of which is expressed in his final line. A great letter.
It goes without saying that this was a good investment, although it's unclear if Houdini lived long enough to see any return nor what happened to his shares after his death. But the building still stands today. 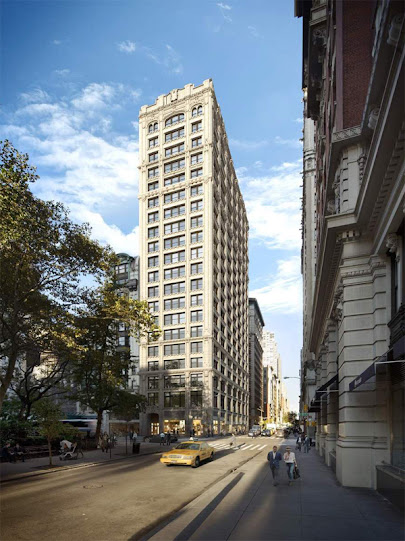 That brings us to Mr. Bezos. On August 20, 2021, Curbed ran an article headlined: Why Does Jeff Bezos Love This Unremarkable Building in the West 20s So Much?  It reports:

Bezos, who may or may not be an astronaut, just purchased his fifth apartment at 212 Fifth Avenue, the New York Post reports, bringing his total spending in the former office tower to $119 million and a fairly palatial 24,551 square feet.

The article goes on to question why Bezos would buy into 212 when "there are more compelling buildings out there." But it's cheaper than properties in more upscale neighborhoods and may prove a shrewd investment for the billionaire.
Heck, Houdini could have told him that. Maybe he did?
Believe (in New York real estate).