Did the Houdinis have a daughter?

This challenge announcement appeared in the Ohio State Journal on December 6, 1911. But what makes the particular article so intriguing is in it Bess Houdini states that she and Harry have a daughter? 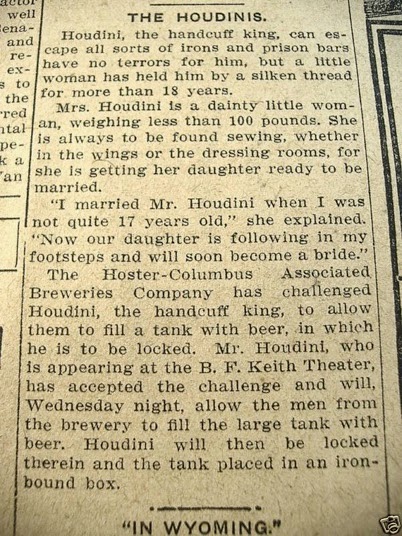 Okay, obviously the Houdinis did not have children, even though they are said to have both wanted them (they made up for it with pets). While Ruth Brandon speculated in The Life and Many Deaths of Harry Houdini

that Houdini may have been impotent (there’s also a theory that he made himself sterile by fooling around with his brother’s X-ray equipment), I was told by Marie Blood in 1995 that it was “aunt Bess” who couldn’t have children.

So what do we make of this quote?

Well, perhaps Bess was as much a myth-maker as her husband? While Houdini created tales that made him into an even greater superman, maybe Bessie on this day decided to make herself into what she always longed to be...(a) Mama. 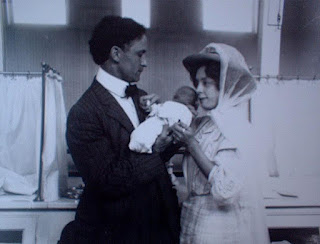