Thurston versus Houdini? Not really 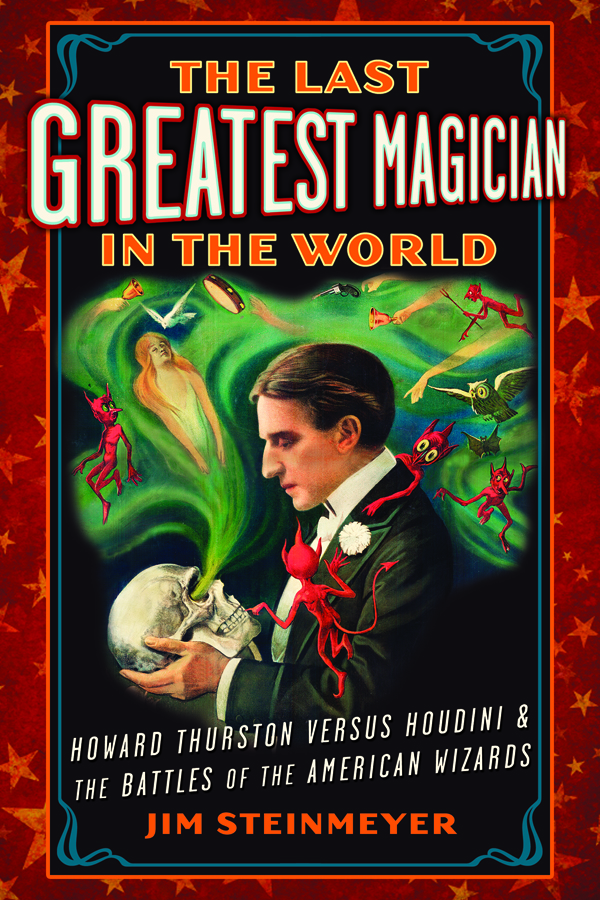 I’ve just finished my review copy of Jim Steinmeyer’s excellent new book, The Last Greatest Magician in the World: Howard Thurston versus Houdini & the Battles of the American Wizards. So what is this book exactly and what does it offer to us Houdini buffs?

First and foremost, this is a superbly researched and entertaining biography of Howard Thurston. It’s fascinating to read the story of a magician whose life and career parallels Houdini’s. (It’s also sad to move with Thurston beyond 1926 and wonder what could have been.) I’ll leave it to others to review the book properly (Genii is preparing a review for an upcoming issue), but know that once again Jim Steinmeyer has produced a MUST BUY book about magic history.

Now, as far as the “versus Houdini” aspect to the book...

I suspect this subtitle is just a bit of thematic misdirection. Yes, Houdini was well-known for his ferocious battles with fellow conjures (those who stole his act or spoke ill of him in public), but aside from a perceived slight in Chicago and one testy encounter at an SAM meeting, Howard Thurston wasn’t one of them. 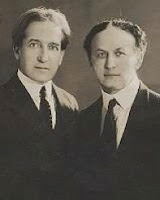 While they may have been rivals in their hearts, Houdini and Thurston seem to have gotten along relatively well as they had much in common. Both men came up through the sideshow and circus route (they met at the 1893 Chicago Exhibition at the dawn of their respective careers), both were Masons, Thurston was vice president to Houdini during his presidency at the SAM, and both shared a close personal relationship with Harry Kellar. As Thurston didn’t perform escapes, and Houdini rarely performed magic, there was little opportunity for them to cross swords. Houdini even promoted Thurston as Kellar’s successor over frontrunner Paul Valadon in the pages of his Conjurers Monthly Magazine, and loaned Thurston money when the conjurer was down on his luck (although he did refuse him a second loan years later).

So while this isn’t book loaded with juicy untold battles between the two superstars of magic (Blackstone seems to be the true combatant of both men), it still offers the Houdini scholar some stories of the man that haven't been reveled before -- including the aforementioned SAM incident (related to Steinmeyer by Walter B. Gibson who was there). Also interesting is the revelation that Bess Houdini first met Arthur Ford the night Thurston debated the spiritualist “minister” at Carnage Hall in 1927. And the story that opens the book -- Thurston inviting Houdini on stage during a performance of his famous levitation -- showcases both men in their best light.

The Last Greatest Magician in the World: Howard Thurston versus Houdini & the Battles of the American Wizards will be released on February 3, 2011. Pre-order now on Amazon