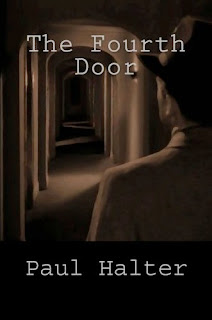 The French bestseller The Fourth Door aka The Houdini Murders is now available in English via CreateSpace. Written by French mystery novelist Paul Halter -- "master of the locked room genre" -- the book tells the story of a mysterious murder at the "Darnley House" where the detective in charge suspects he is dealing with the re-incarnation of Houdini. It won the coveted Prix du Roman Policier in 1987.

Purchase from Amazon.
Written by John Cox at 10:32 AM