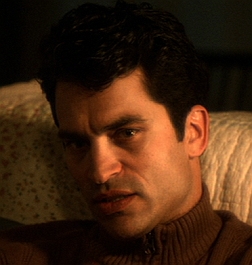 Check out this segment of Celebrity Ghost Stories featuring Johnathon Schaech -- who starred in the 1998 TNT film, HOUDINI -- telling of his ghostly encounter with Houdini during the film's premiere at the Majestic Theater in Austin, Texas. It's actually a pretty good story, and one that I've never heard him tell. But is it true?

Thanks to Joe Fox for the alert and April for the link.
Written by John Cox at 6:12 PM