Next month sees the release of a new Houdini-themed paranormal romance, Resurrecting Harry by Constance Phillips. The author tells me, "As someone who loves and writes romance, I wanted to tackle what is (in my mind) one of the 'Great Romances' of our time." Here's a description of the book. 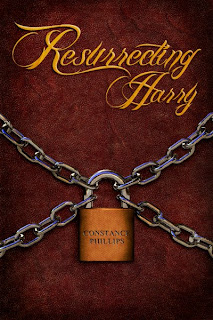 Devastated by Harry Houdini’s unexpected death, his widow, Bess, clings to his promise to deliver a coded message from beyond the grave. She’s determined to provide the bridge for him to cross, just like she assisted him on the stage, even if that means befriending her husband’s sworn enemy.

In order to save the only woman he’s ever loved from self-destruction, Harry puts his afterlife on the line by entering a wager with purgatory’s keeper, who gives Harry a younger face and body, and a new name: Erich Welch. Even with Harry’s soul and memories, Erich feels out-of-place and disconnected from everything he once called his own.

Will Erich be able to help Bess recover from her loss and will any good come from resurrecting Harry?


To celebrate the release of Resurrecting Harry, Constance Phillips will begin a series of blog posts at her official website, constancephillips.com, "about the common misconceptions and little known facts about Harry Houdini."

I've given Constance a few suggestions for topics, so this could be fun. I'll repost each of her installments at the WILD ABOUT HARRY Facebook page, or you can follow Constance herself on Facebook at Constance Phillips, Romance Author.

Resurrecting Harry will be available in print and eBook versions via Amazon.com and other online retailers on March 1, 2013. (No pre-order links just yet.)

UPDATE: Constance has posted her first blog entry, How did Houdini die? Meanwhile, her Facebook page has achieved an interesting number of "Likes" today.