Here's the scenario: J. Gordon Whitehead is on his way to the Princess Theater when an attractive young lady on the streets of Montreal turns his head. Whitehead decides to forgo his plans to return a borrowed book to Houdini (and ask those burning questions about the Bible and whether he can take a punch to the gut), and instead has coffee with the young lady. Houdini can wait.

A few days later it's reported that Houdini, having cancelled his engagement in Detroit because of abdominal pain, has checked himself into the hospital to have his inflamed appendix removed before it could rupture.

"Houdini Escapes Death Once Again" is the headline on October 31, 1926.

Okay, now what? What if Houdini didn't die in 1926? What would his life and career have looked like into the 1930s and '40s or even longer? It's pure speculation, but one can play this game with some informed speculation. Here's what I think would have been Houdini's path had he survived beyond Halloween 1926.

Houdini was already stepping into the next phase of his life and career, so it's not hard to invision what his future performance life would have been like. He had successfully transitioned out of vaudeville and into a full evening roadshow, much like his contemporaries Thurston and Blackstone. His roadshow would have continued as the "3 Shows in One" and continued to be successful for many years. Walter Gibson says Houdini intended to play his roadshow for 10 seasons. He would modified the show from time to time, ultimately replacing the Water Torture Cell with the Buried Alive or the curious shelf of boxes escape.

It's said that Houdini was looking to wind down his spiritualist exposures and replace it with exposes of the techniques used by gamblers and other cheats. This changeover would prove to be very timely and successful in the 1930s when Houdini might have made headlines exposing the "smuggling methods of bootleggers" etc. All his career he enjoyed working with law enforcement, and I think he would relish this transition from "Ghost Buster" to "Crime Buster." Eventually this would be the new third act of his show. It's also possible that he would so cultivate this new identity as a "criminal expert" that he would be called in to consult on real-life high profile crimes, such as the Lindbergh baby kidnapping.

I think one of the things that would be most surprising about the post-1926 Houdini is that he would be less and less associated with daring escapes. His publicity stunts would become endurance tests, not unlike what David Blaine does today. This evolution was already happening in 1926 with his buried alive tests and notably his Summerfield's department store test. Seeing Houdini displayed in his "air-tight casket" would become the new suspended straitjacket escape. He probably would have also perfected and performed his frozen in ice test. It's even possible Houdini might have cut escapology from his repertoire entirely by the mid 1930s and would firmly cement a reputation as THE master magician of the age.

Houdini would take his roadshow to Europe and once again claim the title of "Europe's Eclipsing Sensation." I also believe he would have toured the Far East for the first time in his career to tremendous success, possibly the greatest success of his career. He might even have spent a year or more touring Asia, and would incorporate more "mysteries from the Far East" into his act on his return to the U.S. 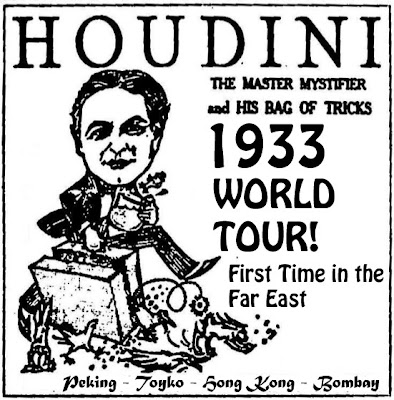 Houdini would continue to write and publish books at an accelerated rate. The Cancer of Superstition would be one. He was also committed to a revised edition of A Magician Among The Spirits. At the time of his death, Houdini was gathering material for a series of books, including a book about the lives of famous magicians and an encyclopedia of magic. He was also working on his autobiography. The book we now know as Walter Gibson's Houdini's Escapes and Magic would have appeared under Houdini's name. It's speculative, but I think he might have also penned a book about Sir Arthur Conan Doyle after the author's death in 1930.

As he was never into the Stock Market, Houdini would have avoided ruin in the 1929 crash, although I think the depression would scuttle his plans to open a "College of Magic." But "Houdini" as a brand name -- connected with ever increasing books on magic and magic tricks -- would have kept him flush during the depression. Eventually he would have followed through with his plans to create a special theater of magic, as Hardeen later did with the Houdini Temple of Mystery in Atlantic City.

Houdini definitely would have become more involved in radio, possibly as the host of a "Houdini Mystery Hour," and he would have dabbled in early television. At some point he would again appear in movies, although not as a producer or star; he would likely cameo as himself as Bess did in Religious Racketeers. One thing is for sure, we would have lots of sound footage of Houdini, maybe even a series of short films in which he demonstrates various techniques employed by fraudulent spiritualists or criminals. Even though he once said he would retire to California, I think he would have remained in New York. It was the hub of his universe. But he would have spent more and more time on the West Coast and might have even bought a vacation home in Hollywood at some point. 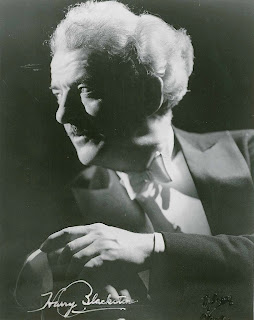 Even though Thurston was celebrated as one of the greats of the era, I think Houdini's true rival at this time would have been Harry Blackstone Sr. Blackstone developed a Houdiniesq sense of self-promotion in the '30s and '40s, using new media like radio and comic books to brand his name as synonymous with magic, just as Houdini had done at the turn of the century. Houdini would have felt compelled to counter this. There would have been a Houdini version of Blackstone's "Super Magician" comic book, and Houdini would delight in boasting how it outsold Blackstone's comic book. Houdini vs. Blackstone would have been a real highlight of this era. They might even have engaged in a "battle of magic," which became popular in the '30s as seen with Hardeen Jr. vs. The Great Dagmar.

Houdini certainly would have continued his association with magic organizations like the Society of American Magicians and The Magicians Club in London. He would eventually become THE grand old man of magic as Kellar was in his day, and would have certainly been named Dean of the SAM -- Dean Harry Houdini. But he probably would have at least one serious falling out with one or both organizations at some point. That was just his combative nature, which would have mellowed but not abated with age.

Houdini would have become more philanthropic as he aged, and depending on his wealth, he would have dedicated some kind of library or building on a college campus named after himself or his father. He would have deemed this dedication as "the proudest moment of my life." During World War II he would have thrown himself into the war effort, selling Bonds and performing for the troops, as he did during the first World War. He might have even appeared with Hardeen in USO shows. How wonderful to see The Brothers Houdini reunited in 1941! 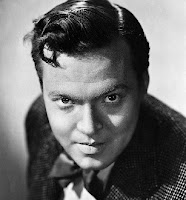 It's interesting to think of the men Houdini might have associated with in the '30s and '40s. I believe one of those men might have been Orson Welles. One can easily imagine Welles traveling the few blocks from his Harlem based Federal Theater to 278 to meet with the great wizard of his boyhood. Welles might have even interviewed Houdini at length about his career in a mirror of Welles' own master-student friendship with Peter Bocdovich in the 1970s.

Houdini himself had a vision of a long life. In 1926 he told his friend William J. Hilliar:


It's intriguing to imagine this scene; a 100-year-old Houdini doing his famous suspended straitjacket escape at a time when Doug Henning was appearing on Broadway in The Magic Show. It's even more intriguing when you remember that the tallest building in New York on Houdini's 100th birthday was the World Trade Center. 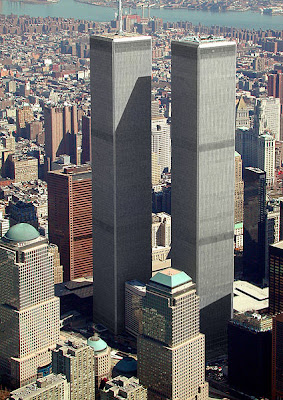 So that's my take. How about you? What do you think Houdini's life would have looked like if he didn't die on Halloween 1926? Feel free to share your thoughts in the Comments below.
Written by John Cox at 8:54 AM