When Bess and her dress returned to Hollywood

Today is Janet Leigh's birthday. She was born on July 6, 1927 in Merced, California. To mark the occasion, I thought I'd rerun this post from 2014. Enjoy.

We know in her later years, Bess Houdini frequented clubs and restaurants along Hollywood Blvd., such as Sardi's. But in 1995, Bess returned to Hollywood! Okay, not the Bess, but the first Bess of the cinema, Janet Leigh.

Ms. Leigh came to Collectors Book Store, then located at Hollywood and Vine, to sign copies of her first novel, House of Destiny. Collectors Book Store was a Mecca for film buffs and collectors, and was co-owned by our good friend and Houdini buff, Mark Willoughby. Many Hollywood treasures passed through this store for more than 40 years before it closed in 2008.

Below is a photo of Janet Leigh at that very book signing. But what you are going to want to notice is the dress standing beside the Houdini poster behind Janet. This is the dress she wore in the 1953 film during the scene in which the Houdinis are stood-up by reporters on their return to America. It's owned by a private collector, but Mark arranged for it to be displayed at the signing. It's great to see that it still exists. 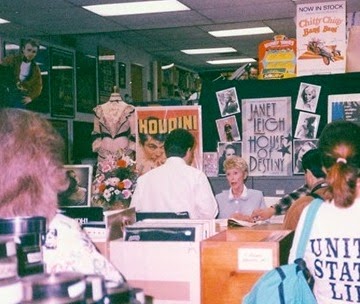 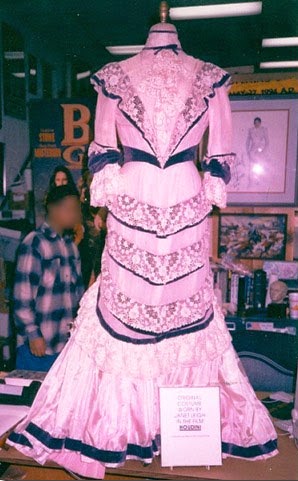 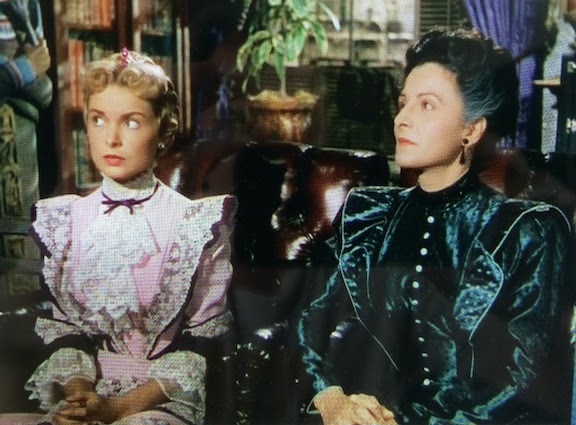 This wasn't Janet's first Collectors Book Store signing. In 1987 she signed copies of her autobiography, There Really Was A Hollywood. I missed this '95 signing, but I was there for her first signing in '87. You gotta love how she inscribed my book... 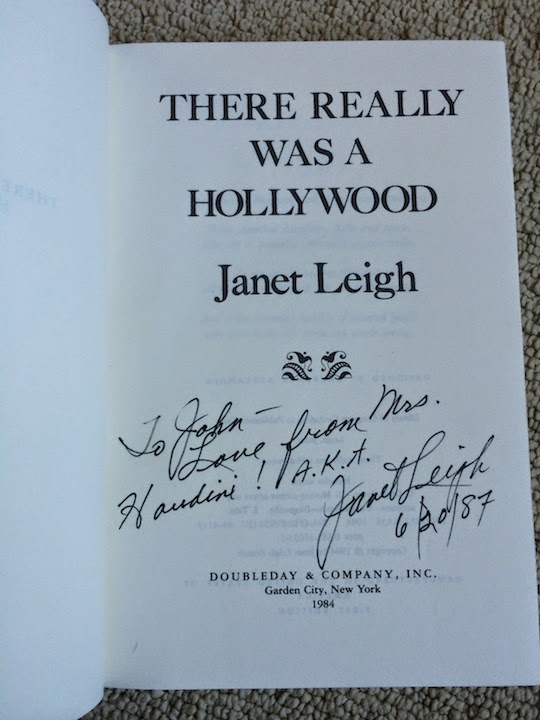 Thanks to Mark Willoughby and Collectors Book Store for the photos.