Here's a photo of Bess at Houdini's grave in Machpelah Cemetery in 1927. This photo ran on Halloween, the first anniversary of Houdini's death. While I've seen many photos of Bess at the exedra, this is the only one I've seen her standing the bench (which makes me feel better about doing so myself). This really gives an idea of just how small she was. And she's no doubt wearing heels here! Nevertheless, Houdini still sometimes referred to Bess as "my big wife." 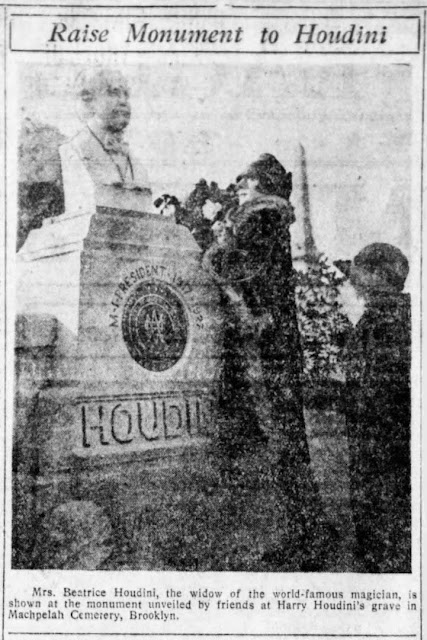 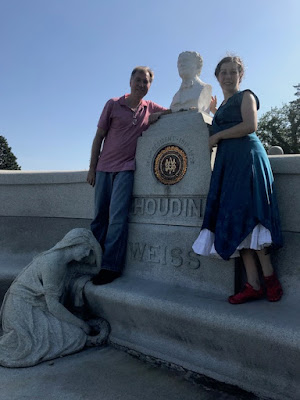 This 1927 "unveiling" of the grave monument can cause some confusion. Houdini himself had erected and unveiled the full exedra in 1916. But a year after his death, the bust and, I believe, the mosaic were added by the S.A.M. An official dedication ceremony attended by 500 people took place on Oct. 30, 1927, which is likely when the Bess photo was taken. Below is a full account from the New York Times.