I'll conclude my 65th anniversary celebration of Houdini (1953) with something a little kinky. These are from a series of promotional photos that, as far as I know, were never used. Yes, that's a lace straitjacket Janet Leigh is being put into by a lascivious Tony Curtis. 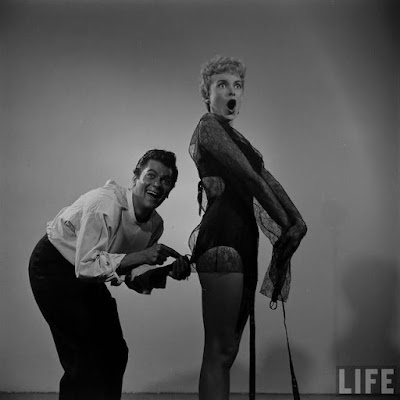 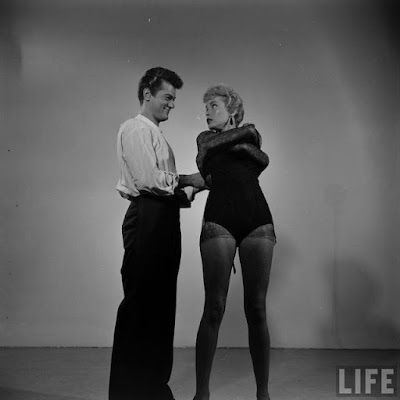 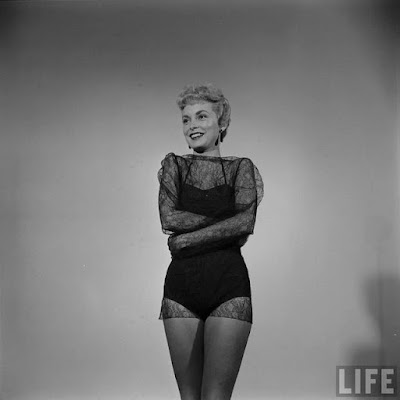 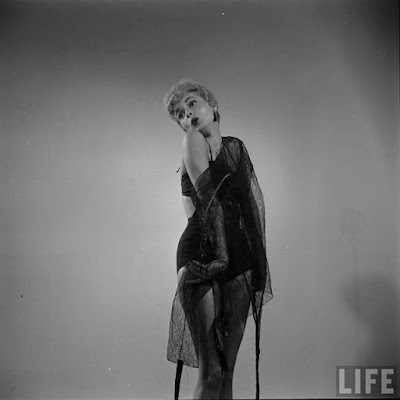 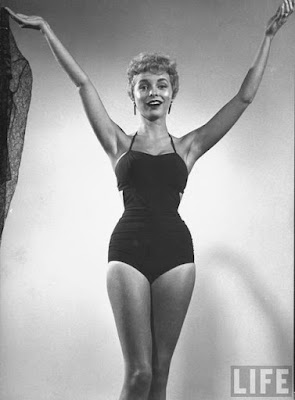 Even those these photos were taken by Life, my guess is they were earmarked for the men's magazines of the day, such as Gent, MAN, or Adam. These precursors to Playboy and Maxim offered male-centric stories and sexy photos, and flourished in the 1950s. So this was a way to reach a target male audience, although in a slightly underground way.

Of course, objectification was part of the job for an actress in the 1950s. Check out this bonkers photo from The Cincinnati Enquirer on June 28, 1953. This image ran widely in syndication without any explanation. I really don't know what's going on here--I'm sure it's innocent--but you can't deny it has a pretty horrible implication! #BessToo 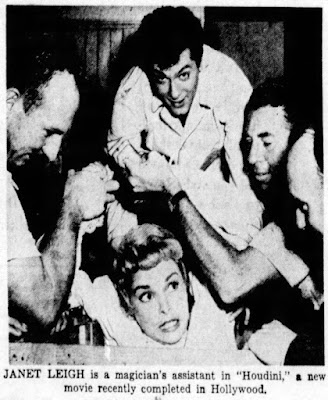 Despite the predilections of the publicity department, the movie itself presents Bess as a strong-willed and intelligent woman, a true partner to Houdini in all regards. It's really one of the best and most positive portrayals of Bess Houdini ever put on screen. And throughout her life, Janet Leigh never expressed anything but positive memories of her time as Mrs. Houdini.